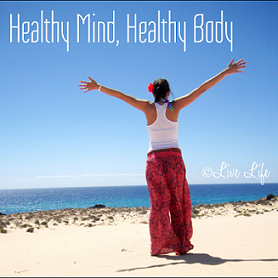 God created our bodies to function according to definite physical laws. When we break those laws we suffer sickness and disease.  Would you eat the contents of your vacuum cleaner bag, or suck on a water filter? I would hope not but that is basically what we do every day if we do not follow God’s health laws.

In Leviticus 11:1-47 and Deuteronomy 14-21, God defines clean and unclean meats —creatures that are acceptable to eat and those that are not. Most people, including theologians, have little or no understanding of the medically sound reasons behind these laws. While some may consider them to be no longer applicable, animals carry diseases that are dangerous to man. In fact, the same animals labeled unclean in the Old Testament still carry parasitic diseases  dangerous to humans today.

I don’t know how many times I’ve been told that those laws were intended only for the Jews.  In the New Testament, I am told that God cleansed all meat for the Church. But did he? Are our bodies any different today than they were when he created them? Is the body of the Jew and the Gentile different?

Did not Christ teach in Matthew 5:17-19: “Think not that I am come to destroy the law, or the prophets: I am not come to destroy, but to fulfil.  For verily I say unto you, Till heaven and earth pass, one jot or one tittle shall in no wise pass from the law, till all be fulfilled.  Whosoever therefore shall break one of these least commandments (law), and shall teach men so, he shall be called the least in the kingdom of heaven….”

Acts 10:11-16 is often used to justify the argument that we can eat whatever we want. Peter had a vision in which he “saw heaven opened and an object like a great sheet bound at the four corners, descending to him and let down to the earth.” In this sheet “were all kinds of four-footed animals of the earth, wild beasts, creeping things, and birds of the air.” He heard a voice tell him, “Rise, Peter; kill and eat.” Assuming that the vision meant he should eat unclean animals, Peter spontaneously responded: “Not so, Lord for I have never eaten anything common or unclean.” Even Peter “wondered within himself what the vision meant.” It is only in verse 28 that he realized that the vision had nothing to do with food but with gentiles who were considered by the Jews to be unclean. God revealed to him that gentiles could become members of the Church upon repentance and faith.

Mark 7:14-23 is another of those verses taken entirely out of context. What Christ was doing was chastising the Pharisees and scribes for making the word of God of “non- effect through tradition.” When he said that there was nothing from without a man, that entered into him that could defile him he was not speaking of food. He was speaking of false teaching, evil thoughts, all of which comes from within and defile the man.

The same applies to 1 Timothy 4:1-5 where  Paul writes that in the latter times some shall depart from the faith, giving heed to seducing spirits and doctrines of devils, “speaking lies….forbidding to marry and commanding to abstain from meats (foods) which God hath created to be received with thanksgiving of them which believe and know the truth. For every creature of God is good…if it is received with thanksgiving; for it is sanctified by the word of God and prayer.” God did not create unclean animals to be received nor did He consecrate them for consumption. Everything He created, both clean and unclean serve a purpose – The clean for food and the unclean to keep the earth clean of diseases.

When Paul wrote  to the Colossians (2:16)  “let no one judge you in food or in drink, or regarding a festival or a new moon or Sabbaths” we are told that he was addressing the issue of clean and unclean meats.  The Bible nowhere supports this assumption. In reality, the issue of clean and unclean meats is nowhere addressed in this passage. The Greek word brosis, translated “food,” refers not to food itself but rather to “the act of eating.”

Most unclean animals are carnivores or scavengers that can transmit dangerous diseases. Pigs, for instance, are known to consume not only food scraps and insects, but their own feces and will at times kill and eat their young. In addition pigs do not have sweat glands. The ability to sweat is how the body detoxifies itself so when we eat pork, we also eat all those pathogenic microorganisms and environmental toxins stored in their body.

Unclean aquatic organisms like clams, prawns, lobsters, crabs, and oysters are filter feeders that purify water of poisonous chemicals and pathologic bacteria and virus which are stored in their tissues. Eating an oyster is like eating your vacuum cleaner bag. Calcium kidney stones for instance are often the result of over indulgence in these foods.

“Know ye not that your body is the temple of the Holy Spirit which is in you, which ye have of God, and ye are not your own? For ye are bought with a price; therefore glorify God in your body, and in your spirit, which are God’s.” 1 Corinthians 6:19-20

← Cycle of Life for America
“In God We Still Trust” →