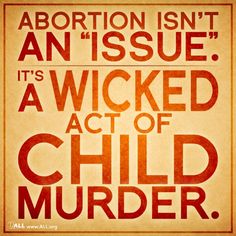 Ever since Georgetown law student Sandra Fluke received her fifteen minutes of fame a few years back at the congressional hearings on the Affordable Care Act, we’ve been hearing a lot about “reproductive justice.” It’s a rather queer pairing of words, don’t you think?

What does justice have to do with a basic biological function? If reproductive justice, why not respirative, justice, or digestive justice or cardio-vascular justice? All of which should prompt us to ask, “What does it matter?”

Sister Song, a self-described women-of-color advocacy group that is credited with coining the phrase, explains, Reproductive justice [is] the right to have children, not have children, and to parent the children we have in safe and healthy environments … based on the human right to make personal decisions about one’s life.  Isn’t that what birth control is for?

Hmm. Where is the right to have children, or not, a problem, outside of China with its “one-child” policy? Certainly not in the U.S. where a 40% birth rate to unwed mothers is evidence that neither marital status, church teaching, nor social stigma is a barrier to those “personal decisions about one’s life.”

What’s more, as one million abortions per year attests, even a pregnant woman doesn’t need to bear it if she doesn’t want to. Thanks to Roe v. Wade they can now murder the end result of their promiscuity. Conspicuously absent from this invented “right to murder” your mistakes is any mention of the other essential rights of the parties in reproduction: men and unborn children.

What about the injustice to the father who has no legal recourse to oppose his partner’s decision to murder his child? What about the gender bias in a court system that awards child custody preferentially to mothers, even in cases where real differences in parental fitness and ability are documented? What about a health care law that requires women’s, but not men’s, contraception services to be provided free of charge

What about the child that is subjected the pain of having their limbs ripped from their body or having a scalpel shoved into their brain as they are about to take their first breath?  Abortion is murder. Each abortion snuffs out an innocent human life. Referring to unborn babies as “fetus,” “embryo,” or “zygote,” may be scientifically correct, but does not change the fact that these children are human beings.

True justice requires that if one party in the reproduction process is owed a duty, so is the other. Applying “reproductive justice” exclusively to the “rights” of women is like applying criminal justice only to the rights of plaintiffs and not defendants, or vice versa.

What about personal obligation? You know, the responsibility of individuals to control their passions and behaviors for their good and that of society, with particular concern, in this case, for those born, those waiting to be born, and those who could be born. Again, the “cause” is silent.

What it is not silent is the desire for sexual expression unencumbered by personal consequences or cost, not only to society but to the unborn child. Sister Song claims that women are “made to believe that it’s our ignorance, and not our experience, that drives our desire for autonomy and freedom from forced procreation.” Now, just who is it that’s forcing you to have unprotected sex or to procreate? I’m ready to take names.

When my “right” to free sexual expression overrides someone else’s right to free religious exercise, it’s religious oppression. When a mother’s autonomy over her body trumps the right to life of the child in her body, it’s pedicide. When such things are done in the name of “justice,” it is not justice, but tyranny.

Source: The Tyranny of Reproductive “Justice” by Regis Nicoll