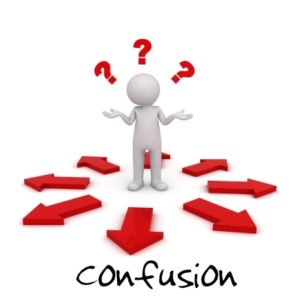 “The conscious and intelligent manipulation of the organized habits and opinions of the masses is an important element in democratic society. Those who manipulate this unseen mechanism of society constitute an invisible government which is the true ruling power of our country.

We are governed, our minds are molded, our tastes formed, our ideas suggested, largely by men we have never heard of. This is a logical result of the way in which our democratic society is organized. Vast numbers of human beings must cooperate in this manner if they are to live together as a smoothly functioning society.” Edward Bernays, Propaganda, chpt. 1, Organizing Chaos

When you hear the bizarre responses of the drive-by media and progressive politicians to domestic tragedies, to terrorism, to race relations, to the homosexual agenda, to the murder and dismemberment of innocent babies, or to the banning of symbols perceived by some to be racist, you have to wonder what in the world is going on? What happened to common sense?

Well, common sense died after WWI when the ruling class jumped onto the bandwagon of the Bernays mentality that it was their sole responsibility to manipulate the huddled and often confused masses. The American people have been subjected to a 75-year long multi-billion dollar intentional assault on our freedom to think and to choose.

Often referred to as the Father of Spin, Edward L. Bernays felt that the “masses could [and should] be controlled, without their knowledge, by controlling the circumstances around them,” by staging situations to ultimately guide behavior.    His ideas on public relations and propaganda, when combined with the ideas of Gustave Le Bon and Wilfred Trotter, along with his Uncle Sigmund Freud, have been used to mold public opinion since WWI, both by industry and government.

He was appointed by Woodrow Wilson to sit on the Committee on Public Information, aka the Creel Committee, to promote (sell) WWI to Americans as a means to “bring democracy to all of Europe.” That particular “to bring democracy” lie has been successfully used by numerous presidents.  Wilson was so impressed with Bernays’ ideas and success in manipulating the American public, that he invited him to attend the Paris Peace Conference in 1919. Bernays’ concepts were so successful that they caught the attention of none other than Joseph Goebbels, Hitler’s propaganda minister, who put them to good use for the Nazis.

In Crystallizing Public Opinion, 1923, (PDF file) Bernays writes that “it is axiomatic that men who know little are often intolerant of a point of view that is contrary to their own.” Therefore it is becomes necessary to mold and shape [manipulate] this opinion to one more in line with that of the company or government context.

In Propaganda, 1928, Bernays penned that “It might be better to have… committees of wise men who would choose our rulers, dictate our conduct, private and public, and decide upon the best types of clothes for us to wear and the best kinds of food for us to eat.” After all the public’s judgment was not to be relied upon since we were “irrational and dangerous as a result of the herd instinct.”

But, since the U.S. was founded on free-market principles, Bernays felt that it was still possible to achieve this utopian society through the use of propaganda, manipulation, what he called “engineering of consent,” to convince the masses to accept governance through a sect of “enlightened despotism and ideology.”

The key to Bernays’ ideas on propaganda is the notion that the masses must never know that they are being manipulated. Instead, they must believe that they themselves have conceived the ideas or have come to the very conclusions to which they were actually led by the leaders.   Eliminate choices and oppose views of the masses!  So much for the days of President George Washington, who asked to be met on the “battlefield of ideas.

Taking the Risk out of Democracy, Corporate Propaganda versus Freedom and Liberty’ by Alex Carey, sheds some light on the demons in the closet of the United States of America today. “The common man…has never been so confused, mystified and baffled; his most intimate conceptions of himself, of his needs, and indeed the very nature of human nature, have been subject to skilled manipulation and construction in the interests of corporate efficiency and profit.” Carey writes that “… propaganda techniques have been developed and deployed (in the United States)… to control and deflect the purposes of the domestic electorate in a democratic country in the interests of the privileged segments of that society.”

You probably already recognize that this idea of staging, manipulating and controlling the circumstance and the psychological environment of the individual is very much what today’s government, the mass media and Hollywood are all about – the staged situations, key words, predictive programming, specific arguments, narratives and circumstances that put the individual into situations where they are the most likely to act in a certain way.

Doesn’t it make you angry to know you’re being manipulated? We are in a war for the control of our minds and we  must mentally prepare ourselves for the battle. Break away from the collective mentality, think critically, stand up for what you believe in.  If we confront our responsibility for our freedom, we might not lose it.