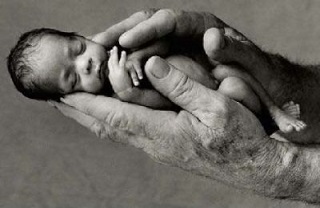 Reverence for life affords me my fundamental principle of morality, namely that good consists in maintaining, asserting, and enhancing life, and that to destroy, to harm, or to hinder life is evil. Albert Schweitzer

The battle for morality is an on-going fact of life.  And it is a battle that we are losing.  The Supreme Court’s decision in Roe v Wade made it legal to take the life of an innocent unborn child, but legality doesn’t equate to morality.

18 U.S.C., Section 1111, U.S. Code Title 18 defines murder as the unlawful killing of a human being with malice aforethought – in other words – premeditation.

God’s 6th Commandment reads Thou Shall Not Kill.  The Hebrew word translated kill is rawtsakh, meaning to murder.  In the Greek, kill is phoneuo meaning to do murder or intentional homicide. In other words, both mean that to intentionally take an innocent life is murder.

In Roe v. Wade, SCOTUS held that a woman had a right to take the life of her unborn child, giving her autonomy over her pregnancy. The idea that the Constitution’s right to privacy includes the right to kill an unwanted baby was, to say the least, an illicit stretch and nothing more than an instance of liberal judicial activism.

During the hearing, Chief Justice Warren Burger asked the pro-abortion attorney Sarah Weddington that if  Texas declared by statute that a “fetus” is a person for all Constitutional purposes, could they outlaw abortion, to which she replied that the state could do that.  Justice Potter Stewart made a point that if it were established that an unborn “fetus” is a person within the protection of the 14th Amendment,  Weddington would have almost an impossible case.

In 1973, the courts may have had some question as to whether or not an unborn child is a person in the legal sense, but that is certainly not the case today as Ultrasound technology, along with the many advances in science and medicine, have shown us with certainty that the unborn child is a human being. And, of course, all human beings are people.

The United States has become no better than the ancients pagans who often murdered their unwanted children. Sacrifice and abortions were common.  Pre-Islamic Arabian Society practiced infanticide as a form of post-partum birth control.  In ancient Russia, peasant’s sacrificed their children to idols or threw their unwanted newborns to the swine.  In ancient Siberia babies were killed and fed to the dogs.  Ancient Japanese smothered theirs babies.

A frequent method of disposing of unwanted babies in ancient Europe and Asia was to abandon them to die of exposure or to be eaten by wild animals.  The Greeks who considered sacrifice barbarous  still  practiced the murder of their unwanted newborns through exposure.

The Twelve Tables of Roman law obliged the family patriarch to put to death any child that was visibly deformed.  While killing a Roman citizen was murder, it was commonly held that killing one’s own children could be an act of beauty.   Before the growth of Christian influence, the evils of abortion, infanticide, abandonment and exposure were part of a normal everyday life in Europe.

Hitler was pro-choice and we know what a fine upstanding human being he was.  He legalized abortion in Germany where about 500,000 abortions were performed each year. Of course, in Germany, racial stock was considered an aspect in determining whether or not an unborn child could live. Unhealthy races, such as Polish, Czech, or Jews  were often forced to have abortions.  Hitler also promoted the destruction of the crippled, the poor and the unemployed.  Of course the U.S. was only marginally better with the eugenics movement and Margaret Sanger, founder of Planned Parenthood, who advocated for the extermination of the Negro population.

Is it easier to take a life of an unborn child when you don’t think of it as human?  After all, its just a blob of cells, right?

Within 4 days of fertilization, the  baby’s sex can be determined.  Within one week, all major body structure is present.  Circulation begins by week 3, complete with a heart beat.  By weeks 5 the brain and nervous system have begun to develop.  Touch, the first sense, the cornerstone of human experience and communication, is present  between 6 and 10 weeks as the baby’s body burst into motion through stretching and rotating their head, arms and legs.

The mouth opens and closes, and the baby can swallow. By 14 weeks movement is spontaneous and cycles between activity and rest.  Breathing movements and jaw movements have begun and the hands are busy interacting with other parts of the body and the umbilical cord. By week 14, the structure for taste is available.  Tests show that swallowing increases with sweet tastes and decreases with bitter or sour tastes.

Although a concentric series of barriers buffer the baby from the outside world, studies confirm that voices do reach the womb, particularly the mother’s voice because it is transmitted through her own body.   Sounds have an amazing impact upon fetal heart rate by 15 weeks.  Ultra Sonographs have recorded detailed erections as early as 16 weeks often in conjunction with finger sucking.  Babies have been known  to react to amniocentesis around age 16 weeks by shrinking away from the needle, or if a needle nicks them, they may turn and attack it. Researchers have discovered that babies dream as early as 17 weeks when rapid eye movement is first observed.

In 1981 a Senate Judiciary Subcommittee held hearings on when life began.  Dr. Hymie Gordon, Chairman of the Department of Genetics at the Mayo clinic testified that “by all the criteria of modern molecular biology, life is present at the moment of conception.” Dr. McCarthy de Mere, law professor at the University of Tennessee testified that “the exact moment of the beginning of personhood and of human body is at the moment of conception.”

Dr. Jerome Lejeune, the Father of Modern Genetics testified that life begins at conception before the Louisiana Legislature’s House Committee on the Administration of Criminal Justice, in 1990.  “At no time is the human being a blob of protoplasm. . .You were, and are, a human being. . .each being is unique from the moment of conception.” Dr. Lejeune has also stated “To accept the fact that after fertilization has taken place a new human has come into being is no longer a matter of taste or opinion. . .it is plain experimental evidence.”

Dr. Albert Liley, the Father of Fetology  relates that “biologically, at no stage of development can we subscribe to the view that the unborn child is a mere appendage of the mother.  Genetically, the mother and baby are separate individuals from conception.”

Do we listen to Mother Teresa who said “if we accept that a mother can kill even her own child, how can we tell other people to not kill each other. . .” Or do we take the advice of Margaret Sanger who said “the most merciful thing that a family does to one of its infant members is to kill it.”

Evolution has developed a low view of mankind so it should come as no surprise that man killed more of his own during the 20th century than in all centuries combined.  Only in the resurgence of modern paganism do we find abortion clinics.

The morality of a society can be judged by the view it holds of human life.  When human life is cheapened, we all lose.