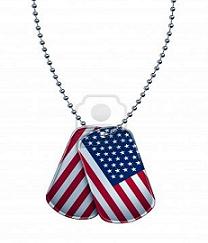 Gary Gutting is reputedly a philosopher, of the “I’ll just make things up as I go along” school of philosophy at the University of Notre Dame.

In 2013, in a citizen op-ed published in the New York Times, Gutting wrote “Once we balance the potential harms and goods, most of us, including many current gun owners, don’t have a good reason to keep guns in their homes.”

Stringing the balance of his gun control article together with lies, half truths and philosophical theories, Gutting writes that the idea that citizens who believe they “need guns to oppose the forces of a repressive government”  and those “who think there are current or likely future governments actions in this country that would require armed resistance, are living in a paranoid fantasy.”  The idea “that armed American citizens could stand up to our military is beyond fantasy.”  We should just simply shut-up and turn in our firearms to the government because “our military would simply steamroll over us.”

My favorite response to Professor Gutting came from former editor of Bearing Arms, Bob Owens.  Although his article is 8 years old it is still relevant today and a personal reminder to Joe Biden’s and his ilk that disarming America only works on paper.

Owens reminded Gutting and gun control activist like him of a little country called Afghanistan. Our primary opponents in Afghanistan have been the Taliban, a force of fighters thought to number no more than 35,000 strong.  With little to no formal military training, equipped with small arms and improvised explosive devices and light artillery, these 35,000 or so insurgents have “stood their ground” in an area slightly larger than the state of Texas.

Instead of a population of 31 million, the U.S. has a population of over 332 million of which 120 million are gun owners, and many of those are recent veterans of our most current wars in Afghanistan and Iraq. Add in the first Gulf War and our Baby Boomer crop of Vietnam veterans, and there are hundreds of thousands of combat experienced fighters here. All told, these private citizens in the United States own many more arms, [currently estimated to be 434 million], and much more ammunition than the U.S. military.

These veterans have reiterated rather publicly on internet forums, in public speeches, and in private conversations that they swore an oath to the Constitution, not any given President or government. Active duty soldiers have made the same commitments, and the veracity of these sentiments tend to run highest in the combat arms part of the military, the so-called “tip of the spear.”

This sentiment seems to run highest in active duty and retired elite military units, including the Green Berets.  Their motto de oppresso liber is understood to mean to liberate the oppressed.  How do the Green Berets feel about heavy-handed regime tactics toward gun control and confiscation like those favored by Professor Gutting and gun control activists throughout the country? One thousand one hundred of them sent a letter to President Obama earlier in 2013 a measured but unmistakable language.

“The purpose of the 2nd Amendment is to secure our ability to oppose enemies foreign and domestic, a guarantee against disorder and tyranny.  Consider the words of Supreme Court Justice Joseph Story:”  ‘The militia is the natural defense of a free country against sudden foreign invasion, domestic insurrections, and domestic usurpations of powers by  rulers.  It is against sound policy for a free people to keep up large military establishments and standing armies in time of peace, both from the enormous expenses, with which they are attended, and the facile means, which they afford to ambitious and unprincipled rulers, to subvert the government, or trample upon the rights of the people.

The right of the citizens to keep and bear arms has justly been considered, as the palladium of the liberties of a republic; since it offers a strong moral check against the usurpation and arbitrary power of rulers; and will generally, even if these are successful in the first instance, enable the people to resist and triumph over them.’

Not all heroes wear capes, most wear dog tags.

source:  Editorial: Notre Dame Philosophy Professor: Most of Us Don’t Have A Good Reason to Keep Guns in our Homes; New York Times; The Left’s Hatred of the 2nd Amendment is Both Inconsistent and Hypocritical by Thomas Wheatley, American Thinker; Gun-grabbing Notre Dame Philosopher: successfully resisting tyranny is fantasy, by Bob Owens, Bearing Arms