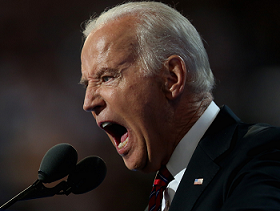 Every institution in America is sold out, corrupted and politically rigged to favor Big Government and Big Business. The total corruption of every public and the private institution is complete. Nothing remains but tyranny and lies, endless lies.

CNN, Reuters and the Associated Press are all now shameless promoters of every big lie across every sector of society, from vaccines and GMOs to elections and politics. The federal government itself is incapable of doing anything other than lying, and it has totally corrupted the entire realm of science by pulling the strings of funding via the National Institutes of Health and the NSF.

The FDA is entirely corrupt, as is the USDA. Both function as little more than marketing propaganda pushers for Big Pharma and Big Biotech. Similarly, Google, Facebook and Twitter are also rigged, censoring the voices they don’t want anyone to hear while highlighting the establishment lies they wish to promote.

The truth has been obliterated by propaganda.  Facts have no place in any debate, and those who dare speak the truth are shamed and silenced.  Every branch of government has been weaponized to silence political enemies.  Real science has been distorted into absurd, politically motivated conclusions about everything from vaccines to climate change.  The drive-by media has distorted the news to the point of insanity and used their voice to attack anyone who disagrees with the left’s agenda.

if you’re wondering where all this is headed – look no further than Communist China, where all independent news has been outlawed, where the government controls your every movement, where political prisoners have their organs harvested to enrich black market organ traders, and nearly one out of every three urban citizens is a secret spy who snitches on friends for the totalitarian communist government.

The ruling elite love to trash our Republic while pushing a “new” form of government, a “democratic socialist/communist” shining light where all people are treated equally; where the government exists only to make sure that happens. While socialism/communist might be a great theory, it requires perfect people; and the world has always had a shortage of those.

Every time government power expands, it does so at the cost of individual and state freedom. The ruling elite get their power by stealing our freedom. And in that sense, you can say that we are already on the road toward communism and have been so for quite some time.

Every regulatory agency in the Biden administration is pushing our country towards this “shining light,” by taking power to make decisions out of the hands of citizens and local governments. One of their main ways of doing this is by controlling tax dollars. Money passed out to state and local governments by these agencies always comes with a price; one of toeing the line on some regulation or other.

The “PC Police” is already at work on the elimination of our First Amendment, using “political correctness” and “hate speech” to silence those who don’t agree with them.  Totalitarian authority can’t handle disagreement, so they have to criminalize that disagreement in order to silence it. Everyone will be forced to toe the party line, saying what they’re supposed to say, as if they believe it. They won’t be satisfied with us being quiet, but rather insist that we say things their way.

Once they’ve accomplished that, it will be easier for them to take out the next big roadblock – our Second Amendment rights.  Totalitarian governments must always disarm the people, so that they can keep control. As Mao Zedong, the first communist leader of China said, “Political power grows out of the barrel of a gun.”  Without guns, what can any of us do to stop anything the government wants to do?

Wake up, when the left starts talking about change, it doesn’t equate that the change will be for the better.  Just remember, you can vote change in but you can never vote it out.

Source:  Everything Is Rigged: Medicine, Elections, Food, The Media…You Are Living In A Fabricated Fairy Tale by Mike Adams, Global Possibilities; Is America Turning Into a Communist Country? By Rich M., askaprepper.com; A Legacy of Corruption, Franklin County Patriots

← Chipped Like a Wayward Cat
Home Covid Test Can Be Hazardous →