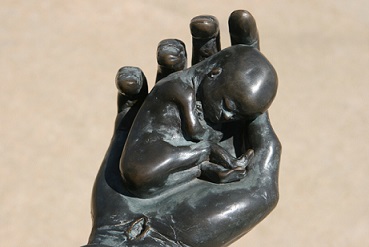 Freedom to choose is a vague concept that forces us to ask: Freedom to Choose What?

Nobody would argue that a man should be free to use “my body, my choice” to justify rape so why should society feel obligated to accept” my body, my choice” when it comes to the murder of innocent babies? Is rape more horrendous than murder?

Let’s not forget that in 99% of all abortions, the woman had the choice not to have sexual intercourse therefore, it could be argued that these women already made their choice when they chose to engage in behavior that could lead to pregnancy. An abortion doesn’t keep a woman from getting pregnant; it simply snuffs out the life of her child, a living, genetically distinct human being.

The “right to choose” position always overlooks the victim’s right to choose. Women don’t choose rape; blacks didn’t choose slavery; Jews didn’t choose the ovens anymore than unborn babies choose to die at the hands of their mother. An unborn baby doesn’t have more rights than its mother, nor should it, but in nearly all abortions, the woman’s right to live is not even an issue because her life is not in danger. So should not a child’s right not to die at the hands of its parent be more fundamental than a woman’s right to not be pregnant?  Unlike death, pregnancy isn’t a permanent condition.

There are all sorts of circumstances that women use to justify abortion, the favorite mantra of which is “Every Child a Wanted Child.” Sounds noble until you realize that their solution to not being wanted is death. They argue that a woman shouldn’t be forced into having a child they can’t afford suggesting a life is less valuable than money. Another argument involves disability, as if a handicap somehow strips a person of their right to life.

Another argument claims that an unborn child is not human, but merely a clump of cells.  Like toddler and adolescent, the terms embryo and fetus does not refer to nonhumans but to humans at particular stages of development. These stages of development are differences of degree, not differences of kind. Physical and or intellectual development has nothing to do with determining personhood outside of the womb nor can it be used for determining personhood inside the womb.

None of the arguments put forth by the left are a sufficient moral rationale for murdering unborn children any more than was Hitler’s final solution for the Jews because “they had no right to exist.” A moral society does not murder people, just because they can.

As the culture of death grows stronger, one must ponder how long before these same justifications are used to murder the homeless, the disabled, the elderly, or people who simply disagree with the ruling powers that be.

“We are a stony-hearted people. We are slaves to sexual gratification. We are bullies who feel entitled to someone else’s flesh, even someone else’s life. We are predators and our own babies are the prey. We are oblivious to the mountain of tiny corpses we stand on and the fact we’re in blood up to our necks. We butcher human beings who cannot scream…We use scissors and scalpels and suction to enslave these weaker than ourselves….We stand and feel clever for debating the moral value of an embryo or a fetus. It makes us deep thinkers, analytical masterminds…instead it exposes our real motives….We deny the humanity of every human we want the right to kill.” Jennifer Hartline, Who Knows the Moral Value of a Fetus? Well, I do