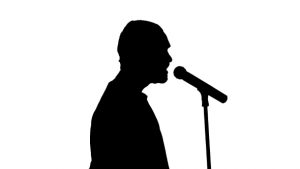 If you haven’t already figured it out, the microphones of the mainstream media and entertainment industry are owned by liberals so if you wish to spread Christian or Conservative values you have a very difficult task before you. Those that possess the microphone also possess great power. With the exception of the majority of talk radio, the lap-dog media gets to decide what is heard and by whom.

Unspoken and implicit statements are just as important to controlling not only what people think about but what they should believe. This is especially true when it comes to television and movies. Just as companies utilize product placement in order to get their product sold, writers and directors place a menu of political and social positions before the audience to absorb. What works for Coke, works for ideology.

When religious characters are introduced into a story line they are often portrayed as sexual predators, stupid, smarmy, sinister and downright sinful, in contrast to the smart handsome, charismatic characters that tend to be anti-religious, liberal and enlightened.  The same is true about political parties. Haven’t you noticed that Republicans and conservatives in general are almost universally portrayed as war mongering, old, white, misogynistic, racist, homophobic, and xenophobic while Democrats are portrayed as the warm, loving, intelligent and witty person everyone wants to be friends with?

Another way the left spreads their message is by leaving out opposing voices altogether. News, radio, television shows, movies and the lap-dog media simply do not seek out experts who oppose their political, social, and religious worldview. It is very rare indeed to find a mainstream news outlet or entertainment media that presents a robust response to liberal ideology.

There is an old warning that states: “beware of the sound of one hand clapping.” Yet that is exactly what one gets when you take in mainstream news, music and entertainment. Because no opposing views are presented, many are left to conclude that there are no good reasons to believe in conservative principles and Christian values which by their elimination suggests they lack reason and are irrational.

Another perpetrator is academia. From kindergarten to their senior year in high school, our children are told what to believe and then are tested on it. From there they head to colleges and universities for a minimum of four more years of indoctrination. Many of these centers of “higher learning” are bastions of Marist ideology. The bottom line, just as in Hollywood, the microphone is owned by the left.

The virtual monopoly that the left possesses in academia places not only the conservative thinker, but Christians,  in a disadvantaged position. Leftist professors expose their students only to arguments that reach their conclusions. Assigned reading is usually from left-wing authors. Conservatives and Christians are left to defend themselves from this left-wing one-sided assault.

However, there is an upside. While Conservatives and Christians are not often given a microphone to be heard, they have learned to sharpened their minds against the daily assaults. Liberal students only hear what they already believe, but Conservative or Christian students are forced to discover the truth by themselves, usually by reading additional literature and listening to voices that do not push a left-wing agenda. In the end, they usually end up with twice the education as their liberal peers.

“Liberals love to think of themselves as intellectual and nuanced, but liberalism is incredibly simplistic. It’s nothing more than ‘childlike emotionalism’ applied to adult issues.  Very seldom does any issue that doesn’t involve pandering to their supporters boil down at its core level to more than feeling ‘nice’ or ‘mean’ to liberals. This makes liberals ill-equipped to deal with complex issues.” John Hawkins

Source:  He Who Controls the Microphone, Controls….. by Shannon Holzer.  You can read the article in full at this link.

← Standing On A Mountain of Tiny Corpses
A Requiem for Liberty →