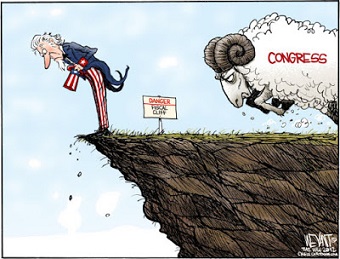 Governments are not the primary forces for good in the world, and when they try to be, they often wind up being just the opposite. So why would anyone want to be trapped into the utopian ideal of worldism?  The whole idea is ridiculous. Today’s world knows less and less about how to think, act or live. Its orthodoxies become less connected to reality, its ways of thinking more narrow, chaotic, and deadening.

And it’s not just the world, it is also true within the Church community where daily we see progressive ministers push world values such as socialism, abortion, alternative lifestyles, mysticism, earth worship, pedophilia, transgenderism, etc. as part of God’s plan.

Not too many years ago, the Supreme Court authoritatively told us that “at the heart of liberty” and thus the American constitutional order, “is the right to define one’s own concept of existence, of meaning, of the universe, and of the mystery of human life.” Taken seriously this concept means utter chaos – look no further than the evening news.  The world is preparing for its own destruction.

To any rational person the world has gone stark raving mad. While it is true that in the past there have been mad rulers that oppressed otherwise sane people, or even sane rulers presiding over mad people, but never have I witnessed insane rulers egged on by an insane populace. It is like a herd of lemmings rushing over a cliff.

Wesley Pruden, in an article for the Washington Times, Barking Mad and Proud of It, reminds us that Bonnie and Clyde sometimes called themselves “bank inspectors,” but they were only kidding.  The government however, not so much.

The climate change hysteria, the rush to destroy fossil fuels and convince consumers that we can produce enough electricity to power the world with wind and solar is irrational.  Yes, the climate does change, sometimes hourly, and mankind does play a small part, but the left’s manufactured crisis will destroy mankind.

A few years ago, we saw the normalization of what was once treated as a psychosis.  The wholesale denial of objective, observable fact in regard to gender and the belief that biology and physiology are subject to the diktats of politicians is totally irrational.

The near universal insane regulatory overreach in the name of “saving” us from a virus with a survival rate of over 97%, by denying access to anything other than government approved treatment, and the compliant public response based on their mindless trust in government bureaucrats was, to say the least, mind boggling.  The insanity was even more apparent in the claims they were following the science.

Then there is the whole madness of the utter corruption of the political and justice systems, aided and abetted by the lap-dog media. The insanity of the brazen deceptions practiced on the public, the protection of criminals in high places while the general population are being denied justice in direct violation of our laws is despicable.

And let’s not forget the utter insanity of a nation destroying its own heritage. Not just pulling down statues and rewriting history but, by burning and looting its own town and city centers and eliminating its own local police forces with the full support of its own government representatives.

Last but far from least is the willful destruction by elitist rulers of their own economies and food chains. CPI data from the Bureau of Labor Statistics reveal that virtually every aspect of the U.S. economy has been impacted by the inflation. The government’s decision to impose a lockdown coupled with more than a year of handouts and disincentives to work, created vast supply chain problems that will take months, if not years, to fix.

“And I will punish the world for their evil, and the wicked for their iniquity; and I will cause the arrogancy of the proud to cease and will lay low the haughtiness of the tyrants.”   Isaiah 13:11

Source: The World Has Gone Mad, Final Apocalypse; The World Has Little of Value to Teach the Church by James Kalb, Crisis Magazine; Barking Mad and Proud Of It, by Wesley Pruden, Washington Time

← The Assault on Our Children
The Cowboy Spirit →