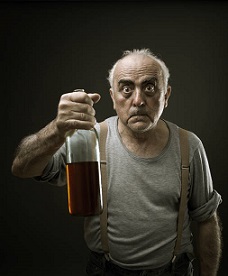 What characterizes government today is not so much dysfunction as it is ruthless contrived governance carried out behind the entertaining, distracting and disingenuous curtain of political theater.  And what political theater it is – full of sound and fury, signifying nothing.

Our media delights in every tawdry tidbit and calls the day’s events as if they were an athletic competition. When did our government become a vehicle for our amusement and no longer the custodian of the public good?

Just watch one congressional hearing and you get the sense that our government has become nothing more than a high school debate club, albeit with much ruder participants. Why the American people continue to give Congress and the president a pass is beyond me.

More than terrorism, more than domestic extremism, more than gun violence and organized crime, even more than the perceived threat posed by any single politician, the U.S. government remains a greater menace to the life, liberty and property of its citizens than any of the so-called dangers from which the government claims to protect us.

Short of another Civil War, Americans have reached a point verging on the loss of their Constitutional freedoms as never before. The issue then was slavery, but Americans are rapidly moving toward having their Bill of Rights annulled by a President intent on ruling as a despot, making them slaves of a regime that ignores the Constitution.

A brief review of the means put forth in Alinsky’s “Rules for Radicals,” outlines what the left has been using to destroy our nation.  Control healthcare and you control the people.  Increase the debt to an unsustainable level which eventually destroys the monetary system and throws all but the ruling elite into poverty. Give the state control over the children and their education. Destroy traditional families and eliminate God from the public square.  Divide the country into the haves and have nots to cause discontent.  And last, but never least, eliminate the means for the peasants to defend themselves against the government.

“Things fall apart; The centre cannot hold; Mere anarchy is loosed upon the world… Surely some revelation is at hand.” W.B. Yeats, The Second Coming

source: This is how Tyranny Rises and Freedom Falls by John Whitehead, the Rutherford Institute; Americans are losing their freedom by Alan Caruba, Renew America