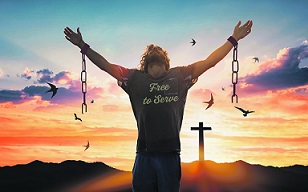 The foundations of freedom are complex; this is why freedom is hard to win and easily lost.

America is a nation founded on the principle of liberty. However, it is vitally important that modern Americans come to grips with a truth that lies at the heart of freedom: Liberty requires truth, character and an ethical way of life in order to flourish.

Without order, liberty becomes license and then chaos. In the 18th century, Montesquieu wrote that free societies require a combination of “the structures of freedom” and “the spirit of freedom.”  In other words, lasting freedom requires boundaries and limits, along with individual and institutional responsibility.

One of the great lessons of history is that freedom fails when it runs to excess and breeds permissiveness and self-indulgence. Unless corrected, unrestrained liberty leads to anarchy, which inevitably leads to tyranny.

Permissiveness is addicting. When people throw off self-discipline, they become slaves to their own unchallenged ideas and unrestrained behavior. They become tone-deaf and hostile to objective standards and common sense. This is precisely the direction America is currently headed. In many ways, we are already there.

The liberty to do as one wishes without consequence, to make a mess of things and leave them to others to clean up, is the freedom of a child. And a society that tolerates or promotes that sort of irresponsible freedom is doomed to failure and collapse.

No one in a free society is exempt from being held accountable for his actions. Responsible conduct is part of the social compact to which all members of a free society must agree for that society to survive and thrive.  Freedom and responsibility are mutual and inseparable.

Unfortunately, we not only have a crisis of leadership in America today, but a crisis of citizenship as well. As King Solomon wrote in Proverbs 11:11: “By the blessing of the upright a city is exalted, but it is overthrown by the mouth of the wicked.”

source:  Requirements for Freedom by Tim Kight, A Call to Excellence; The Responsibility of Freedom, The Founding Project

← You Can Run but You Can’t Hide
Everyone Is Expendable →