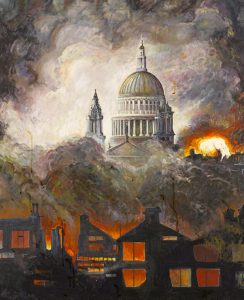 Tyranny thrives by feeding on human necessity.  It examines what sustains us, what we hope for, what we desire and what we love, and it uses those needs as leverage against us. Brandon Smith

Collectivism is the enslavement of the strong by the weak, the productive by the parasitic, and the good by the evil.

Autocratic rulers are first and foremost salesmen; they convince us that life itself has a cost, that we are born indebted and that all bills must be made payable to the establishment. We are sold on the idea that in all of this, we are ultimately alone.  It is within these manipulated concepts of cost and isolation that we discover the foundation of all totalitarian cultures.

Tyrants and elitists only serve their own interests.  Instead of trying to encourage cooperation among the masses, they centralize by coercion.  If you can’t convince the public to abandon their own paths for the greater good, you must forcefully remove all paths until the people only have one choice left.  An example is the left/right political system.

While there are as many political views as there are people, most people tend to affiliate with one of two choices – Republicans or Democrats, which dramatically narrows your choice of representation.  Add to that the fact that the ruling elite on both sides of the isle actively support the same politics and work toward the same ultimate end.

They are two wings of the same bird of prey, yet millions still jump on this bandwagon every four years wishfully hoping things will change. They forget that in order to kill the snake, you must eliminate the head, not the tail.

Every feudalist system ever devised has used a “common enemy” or an iron hand to quell dissent of the peasants and unify them, not under the auspices of an honest cause, but against each other for only then can they defeat us.  There must always be an imminent threat over the horizon, otherwise, the strangling regulations of the government serve no purpose.

No one must be allowed to be a cog in the great machine.  Any person who chooses to step outside of the box and point out a different view becomes a danger to the whole.  A machine cannot function if all the parts are not working in harmony therefore, disagreement is not considered a civic duty; it is considered a crime that places everyone else at risk.  As a dissenter, you are not a person but a malfunction that must be dealt with.

There is no need to force people to participate in a system that operates on honesty, conscience and individual freedoms.  When people apply their energies to something they believe in, instead of something they are manipulated or forced into following, the results can be spectacular.  Progress becomes second nature, an afterthought instead of an unhealthy obsession.

The purpose of a true community is not to keep tabs on the personal lives of its participants, nor to mold their notions. The rights of the individual are respected above all else.  The more varied the insights of a population, the strong it becomes.

A wise man adopts that which works and discards that which fails.  He educates himself through experience.  Adaptability, flexibility and agility in thought and in policy creates solid ground for a society to build on.  Communities function best when the establishment conforms to the people and to the truth.

Communities seek to help each other – not because they expect immediate returns or because it’s “good for the state” but because they value an atmosphere of benevolence.  The generosity of community helps individuals detach from dependence on the government and its bureaucracy.  The less dependence on centralized authority, the stronger and safer everyone becomes.  No one is expendable in a community.  Everyone is expendable in a collective.

If there ever was a perfect moment in time to begin this battle, the time is now.

“If history teaches us anything, it teaches self-delusion in the face of unpleasant facts is folly.”    Ronald Reagan

source:  The Nightmare of Collectivism: A Society Built on the Lowest Common Denominator is a Society Destined for Collapse by Brandon Smith