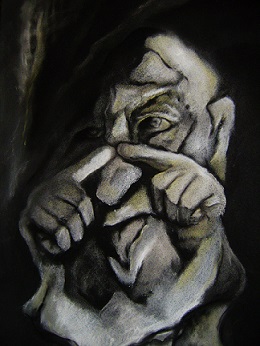 “Leftists don’t merely disagree with you. They don’t merely feel you are misguided. They don’t think you are merely wrong. They hate you. They want you enslaved and obedient, if not dead. Once you get that, everything that is happening now will make sense. And you will understand what you need to be ready to do.”  Kurt Schlichter

They are the product of empty minds devoid of reason and compassion. They are anarchical figures who grab onto ideological labels as an expression of their desire to destroy society. They are incapable of structuring their “ideology” into an organized system of thought, unlike the communists of old, for example, who knew their ideology and sacrificed themselves in its pursuit. Unfortunately, empty minds are not a monopoly of those who have surrendered to political violence, they are also found among all who have wandered astray in this vast cultural wasteland.

They wrongly frame the debate in class-struggle terms while the real issues involve the frustrated search for meaning and purpose in a self-destroying society. The resulting emptiness engenders a hatred that tends to grow ever greater.  They convince themselves that everything they are doing is for the greater good regardless of whether or not it supersedes the rights of an individual ergo, their organized dominant ideology of hatred reigns.

They have become a case of the humanitarian with the guillotine. And anyone who takes on the left’s sacred cows of political correctness, abortion, gun control, victimization, open borders and racial preferences, is labeled a racist, xenophobic, Islamophobic woman-hater.

Philosophically, the doctrines of self-sacrifice and egalitarianism fuel the angry leftists’ nihilist rage. For if it is evil to prosper and vicious to excel, then hatred of the extraordinary wealth-creators is justified. Capitalist profit-seeking cannot be reconciled with the collectivist slogan of “from each according to his ability, to each according to his need.”

No fan of the Constitution, they openly declare it to be a living document, subject to change by contemporary whims or political advantage. We must allow left-wing judges to rule according to the left-wing politics of the day rather than the fundamental principles of personal freedom. And, when they cannot change the Constitution, or have it politically reinterpreted, they will simply defy it.

The battle of empty minds rages, and very few look past the hatred to come to grips with its deeper causes – An empty mind is the devil’s temple.

The greatest cause of their hatred, of their self-loathing involves a religious dilemma of massive proportions. As the distance themselves ever farther from God they have no answers to the question that address their reason for being and their final end. Instead, they face an increasingly unintelligible universe in which they see no order or purpose.

Their souls are tormented by this great void, torn between the gratification of disordered passions and the confused conviction that there must be something transcendent that can help them make sense of their lives.
They search for a transcendent order in which they will find rest for without God nothing makes sense.  The challenge is a return to the Christian order, an order that makes life and the universe intelligible and until that happens, the hatred will only increase.

“We are not a perfect society because we are not perfect people. But by all measure, America is the greatest nation in producing both domestic and international good than any nation in the history of the world. We have been the bright aspirational beacon of democracy, the economic engine that has raised the standard of living for most of the world (and counting) and the strongest armed forces against those axes of evil that rise from time to time. So … why do those on the political port side seem to hate America so much – especially when they, as much as any of us, have been uniquely benefited by all that is America? I have no rational explanation.”  Larry Horist

Source; The Battle of Empty Minds: Can’t Anyone See Beyond the Hatred? By John Horvat, Imaginative Conservative; When It Comes To Hate, The Left Beats The Right, Hands Down, by Harry Binswanger, Forbes