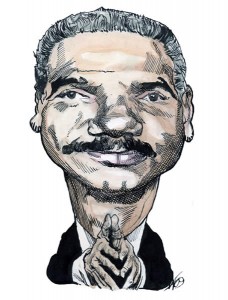 Representative Lamar Smith, R-TX, the new Chairman of the House Judiciary Committee has sent an oversight  letter to the Department of Justice regarding their handling of the Black Panther investigation and the department’s lack of enforcement of provisions of the Voter Motor Law.  In addition, he is asking them to explain how they  spent their 2010 budget increase of $22 million  and what they plan for the requested budget increase for 2011, as well as why they need an additional 164 new positions.  Eric Holder has until January 21st to respond.   The Committee has also requested all documents related to the department’s enforcement practices.

Smith notes that in the Black Panther Party case investigation it had come to light that a political appointee, Deputy Assistant Julie Fernandes directed department attorneys “not to bring cases against Black Panther defendants for the benefit of white victims.” After reciting evidence concerning Fernandes’ statement and her expressed hostility toward enforcement of the National Voter Rights Act, Smith concludes “allegations that the Civil Rights Division has engaged in a practice of race biased enforcement of the voting rights laws  must be investigated by the Committee.  Issues of enforcement or non-enforcement of Civil Rights Laws based on a non-colorblind view of those laws is a serious and potentially explosive issue.”

The 1993 Motor Voter Act requires that states make certain that the dead, felons, and voters who have moved out of a district are not on the active voting rolls.  According to Christian Adams, a former DOJ attorney, Ms. Fernandes called all of the attorneys together in November 2009 and told them “We have no interest in enforcing this provision of the law.  It has nothing to do with increase turnout and we are just not going to do it.” The Department of Justice has not filed a single case regarding the Motor Voter provisions since her announcement.  In addition, Attorney General Eric Holder dismissed a case against Missouri that was started by the Bush Administration where many districts had more registered voters than people old enough to vote.

Mr. Adams said that “it is one thing to silently adopt a lawless policy of refusing to enforce a provision of federal law designed to bring integrity to elections.  It is quite another to announce the lawlessness to a room full of people who have sworn an oath to fairly enforce the law.  Worse yet, it is a broken campaign promise by Barack Obama and I am sure he would not be happy to have heard the announcement.  After all, his Assistant  Attorney General, Tom Perez, has traveled around the country bashing the Bush era Department of Justice.  Perez says that those who have been entrusted with the keys to the division treated it like a buffet line at a cafeteria, cherry picking which laws to enforce.”

The DOJ is far too busy to bother with white voter intimidation, the dead voting, ACORN voter fraud, state denial of military voting rights, and felons on voter rolls.  They are spending their time ensuring that Arizona cannot protect their own citizens against illegal immigrants and suing a Chicago school district for denying a school teacher  three weeks of unpaid leave to make a pilgrimage to Mecca.   If that teacher happened to be a Christian do you think they might have ignored the issue?

← LET’S CALL IT WHAT IT IS
THE ENEMY WITHIN →