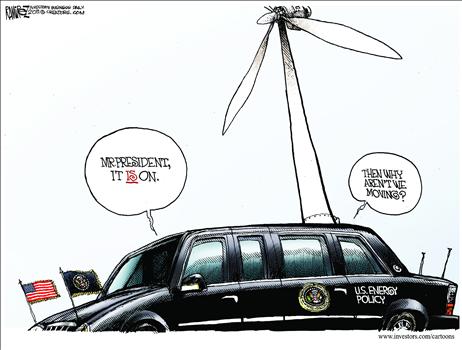 A nation can survive its fools, and even the ambitious.  But it cannot survive treason from within.  An enemy at the gate is less formidable, for he is known and carries his banner openly.  But the traitor moves amongst those within the gate freely, his sly whispers rustling through all the alleys, heard in the very halls of government itself.  For the traitor appears not a traitor; he speaks in accents familiar to his victims and he wears their face and their arguments; he appeals to the baseness that lies deep in the hearts of all men. . . Marcus Tullius Cicero

As a direct result of the Obama Administration’s agenda to lay siege to the coal industry and  attempts to launch a takeover of energy infrastructure under the global warming disruption scam,  a major portion of our country is now suffering. During one of the coldest winters in years, Texas is facing rolling blackouts, triggered by Obama’s deliberate attempt to block construction of new coal fired plants.  In El Paso, faced with periodic blackouts, nearly 900 customers will have no heat.  Borderland residents were asked to limit their use of natural gas as shortages loomed.  Thousands in New Mexico have been left without natural gas as Governor Martinez declared a state of emergency on Thursday.  Residents of Tucson, Arizona are being asked to limit hot water and lower their thermostats to save energy.  Natural Gas shortages in San Diego County forced utility companies to cut or reduce gas to commercial and industrial customers.

It isn’t just the cold weather behind the power shortages.  The blame lies with Obama and his global warming disruption alarmist.  During a campaign speech in 2008, he promised to bankrupt the coal industry by placing suffocating restrictions on greenhouse gas emissions.  Since the failure of cap and trade, Obama is now using the EPA to assassinate the industry.   It is all part of the agenda to de-industrialize the United States even as China and Mexico build new power plants at ever accelerating speeds.

What they fail to tell us is that there already exists technology to make hugh reductions in greenhouse gas emissions from coal fired energy.   The new technology would turn coal into a gas similar to natural gas which would then be run through a device similar to a jet engine.  This  technology can achieve near zero emissions of toxic material and chemicals that form smog and requires about one-third less coal to produce an equal amount of energy.   But this technology sets on the shelf because it doesn’t fit their long range agenda.

In 1991, the global elite resolved to exploit contrived fears about climate change when the Club of Rome, a powerful globalist nongovernmental organization (NGO) committed themselves to limiting growth and ushering in a post- industrial society.  In their report, “The First Global Revolution”, they said and I quote “In searching for a new enemy to united us, we came up with the idea that pollution, the threat of global warming, water shortages, famines and the like would fit the bill. . .All these dangers are caused by human intervention. . .The real enemy, then, is humanity itself.”

As early as 1969, Dr. Richard Day, the National Medical Director of the Rockefeller Foundation sponsored Planned Parenthood asserted that a move towards a “unified global system” would necessitate the sabotage of American industry.  “Each part of the world will have a specialty and thus become inter-dependent.  The U.S. will remain a center for agriculture, high tech, communications, and education but heavy industry would be transported out.” Keith Farnish, an author and environmentalist, calls for acts of sabotage and environmental terrorism in blowing up dams and demolishing cities in order to return the planet to pre-industrial society.

Federal regulators, appointed by Obama, have restrained domestic drilling for new oil and natural gas leases in federal jurisdictions, on land and  shore.  During 2009 they wouldn’t even allow $1 billion in new leases – down from $10 billion prior to the new restrictions.  They have indirectly  banned drilling by regulation on any coast.

Oil prices are surging to levels that will soon crimp economic growth.  Since Obama took office the price of oil has rocketed 117% and gasoline has jumped 67%. At least 130 billion barrels of oil and trillions of cubic feet of natural gas lie offshore and hundreds of billions of barrels more are locked in shale deposits in the Northeast and West.    Yet, in just two years in office, Obama has virtually shut down oil drilling in the Gulf, and  put hundreds of billions of barrels of offshore oil and gas off limits to exploration and production. By executive order, Obama has  taken much of the energy rich Outer Continental Shelf out of play which, according to the Energy Information Administration, will cut this year’s output by 220,000 barrels a day.  Obama has cancelled 77 existing leases in Utah, and proposed new taxes on energy that will have a chilling effect on energy investment.  Steven Chu, Obama’s Energy Czar, says he wants to see pump prices in the U.S. as high as they are in Europe which is around $7.00 a gallon.

Jim Adams, president and CEO of Offshore Marine Service Association said “Thousands of workers are out of jobs.  Americans are paying more for gasoline and heating oil and our nation is becoming more dependent on unstable nations for our energy needs.  President Obama talks a lot about jobs and energy independence. Now it’s time for him to back up his words with actions and call
off his de facto moratorium.  Americans want an end to othis manmade disaster.”

The war against American isn’t just being waged by the President and the executive branch of the federal government.  In many ways, the President is just a front man for the social, political and business elite that are driving the campaign for renewable energy.   A few of these elite who are salivating at the prospects of profiting off the backs of taxpayers include, but are not limited to:

John Doerr and big AL Gore are major players.  Doerr has donated heavily to Democratic causes, lobbied for green energy initiatives and received stimulus dollars through the Department of Energy (DOE) in the form of grants for companies in which he is heavily invested.   Big Al has spent the
last ten years of his life lobbying for carbon taxes, green technology and legislation while standing to profit financially.  He is also partners at  Doerr’s venture capitalist firm.

Jeffery Immelt and Jim Rogers are both involved in the creation of the U.S. Climate Action Partnership (USCAP), a lobbying firm comprised of businessmen. Immelt of GE fame and Rogers of Duke Power are essential in any transition from an energy industry based on fossil fuels to one based on renewable energy.  Jeffery Immelt has just been appointed Obama’s new Jobs Czar.  Be afraid – be very afraid!

John and Tony Podesta, both key figures within Democratic circles.  John organized Obama’s transition in 2009 and is president of Center for American Progress.  Both are frequent visitors to the White House and champions of environmental causes with the financial investments to prove it.  Tony is head of the Podesta Group, one of the most powerful lobbying firms in D.C.

Ellen Pao worked for Doerr and set on the Board of lobbying organizations focusing primarily on legislation to benefit green technology.  She is also on the board of the Apollo Alliance.  Remember Van Jones?   Pao was also a big donor to the Obama presidential campaign.

Cathy Zoi, Secretary for the  Dept. of Energy’s office of Energy Efficiency.  She has a vested financial interest in companies that stand to gain major profits from anti-fossil fuels legislation.  Her husband is vice president of Serious Materials, Inc., a leading provider of high tech products and services that reduce energy usage.  In January 2010, the Department of Energy released a list of companies receiving tax credits to manufacture energy efficient products and guess whose name was on the list?  Zoi was also former CEO of one of big Al’s radical advocacy groups.

Then, of course, there is George Soros.  I don’t think he’s in it for the money – he just wants to destroy America – it’s a game to him.

Robert Bryce of the Manhattan Institute, author of “Power Hungry: the Myths of Green Energy and the Real Fuels of the Future, said “it is the public who pays for big business and its lobbyists to push government for green initiatives.  It’s all about cash and how much the consumer is going to have to pay to subsidize renewable energy sources.  Because, when it comes down to it, where is the public
demand for these programs and mandates that will increase the cost of electricity?”

Stupidity, as defined by Webster’s Dictionary, is to be benumbed, of a slow mind, lacking intelligence or reason, dulled in feeling or sensation, lacking interest, and dense.   The only definition missing is – the American Taxpayer.

House Republicans will unveil next week legislation to ban the EPA from regulating CO2 under the Clean Air Act.  Senator John Barasso of Wyoming has already introduced legislation in the Senate.  Senator Jay Rockefeller of West Virginia has proposed a two year moratorium on the EPA’s attempt to regulate CO2, a plan that already has attracted a handful of Democratic supporters.   It is a start – but they need to know that the taxpayers are behind them.
Become part of the solution.  Contact your Representatives and your Senators before we have to face another winter without sufficient heat or power.

← PREJUDICE COMES IN ALL COLORS
ISRAEL UNDER SEIGE →