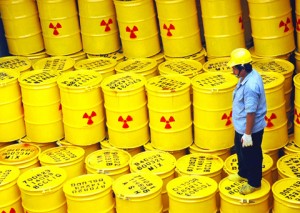 KNOXVILLE, TN (6/6/11) The U.S. Nuclear Regulatory Commission rejected citizens’ petition for a public hearing about the proposed import of 1,000 tons of radiaoctive waste from Germany to be burned in the Bear Creek incineration facility on the Oak Ridge nuclear weapons reservation. In its order the Commission also granted a license to EnergySolutions to begin importing, transporting and burning the radioactive waste. One of the citizens’ complaints was that the waste is not well described and another is the lack of a firm timetable to return the radioactive ashes to Germany. Click HERE to read the Commission’s order.

German activists have expressed concern and solidarity while affirming U.S. activists’ concerns that the waste is more dangerous than EnergySolutions, Duratek and German corporation Eckert & Ziegler Nuclitec have disclosed.

According to an article by Scott Harper for the Virginia-Pilot, The U.S. government has approved a plan to import from Germany as much as 1,000 tons of radioactive wastes, which will be off-loaded at a port in Hampton Roads, transported across Virginia and burned at a special facility in Tennessee.

The ashes will be carried back across Virginia, either by rail or truck, and shipped back to Germany for disposal, according to federal officials and EnergySolutions LLC, a Utah-based company that will perform the service.

The Nuclear Regulatory Commission on June 6 rejected pleas from Tennessee environmental groups for more public hearings and consideration of the deal and ordered that a license be granted for the trans-Atlantic shipments.

A spokesman for the commission, David McIntyre, said this week that the license has not been signed yet but should be soon. “Details about when the nuclear cargo will arrive in Hampton Roads, either in Norfolk or Portsmouth, have not been ironed out yet with a German contractor also working on the project.”

According to federal data from 2009, this will be the 10th time since 1996 that the American government has allowed foreign nuclear wastes to be brought into the country for processing or disposal.

No foreign wastes have been accepted since 2009 following a proposed load from Italy that same year which caused a public furor and was eventually withdrawn after lawsuits, protests and a congressional hearing.

“It involved wastes from Italian nuclear power plants that are much higher in radioactivity than the low-level materials from German research labs and medical facilities”, McIntyre said. “The Italians had wanted to send 20,000 tons overseas but the German shipments will total no more than 1,000 tons and will not be disposed of in the United States, as the Italians had sought.”

Low-level wastes typically include contaminated clothing and shoe covers, wiping rags, mops, filters, medical tubes, swabs, needles and perhaps lab animal carcasses and tissue, according to the Nuclear Regulatory Commission. Their radioactivity ranges from just above natural background levels to those comparable to exposed equipment from a nuclear reactor. [So who inspects the containers to ensure we’re not being lied to?]

A spokesman for EnergySolutions in Utah said the company has safely incinerated low-level nuclear wastes for years at its Bear Creek facility in Oak Ridge, Tenn., and has successfully treated materials from Canada, Mexico and Great Britain.

Federal data show that German wastes have twice before been handled in the United States, in 1996 and 2003. EnergySolutions was involved in the 2003 deal, according to the records.

“We appreciate the rigorous and thorough analysis by the NRC and as always we will comply with all state and federal regulations,” EnergySolutions President and CEO Val Christensen said in a statement.

Germany has the capability of treating the wastes at home, but the incineration technology at Oak Ridge is more advanced, federal and company officials said.

It was unclear if the German wastes would be transported across Virginia by truck or rail – a spokesman for EnergySolutions said rail was the likely option – but they will be sealed in protective casks either way, officials said.

I guess it’s okay with Al Gore, the federal government, liberals and Socialist to have nuclear waste brought to the U.S., but human’s breathing, gasoline, and burning coal ruins the environment. Sounds like more double-talk to me.