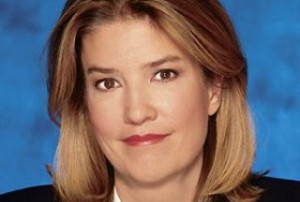 Thanks to Greta Van-Susteren for setting the record straight and pointing to the root cause of most of our current economic problems.

“More and more politicians on both sides of the aisle are blaming the Tea Party for our problem – the economic crisis.   Those accusers need to take out their calendars.

Let me remind you:  the housing crisis began in 2007 because of the failure of leadership to watch over Wall Street, banks, Fannie Mae and Freddie Mac, and S & P giving those toxic credit swaps a Triple A rating.

And since that time, our leaders have failed to provide the leadership to get us out.

It is long overdue that the elected representatives do what they should have been doing all along.   We were asleep for too long but the economic crisis of 2008/2009 awaken A LOT of people!!  A LOT of the people that pay for the actions of our representatives and our government.  Those who were awakened have had enough and are trying to get this country back on a constitutionally sound track!

The liberals and leftist organizations are not happy….why?? Because we (the Tea Party) are highlighting for the whole country to see, who these groups really are……parasites, that have been taking money from our pockets for pet projects of theirs or their groups to fund agendas we want no part of (can you say planned parenthood, just for one).

This awakening is long overdue.  But silence us they will not!  as I said in my post yesterday, this is the liberals MO, when their agenda is shown for what it is, they can only start pointing fingers and calling people names.

But they CANNOT sit down in a rational manner and explain their actions or agenda is valid, or constitutional.

← Our Favorite Socialist – Maxine!
Crime Pays If You Work For The Government →