A vaccine that is mandated for every infant in the U.S. on the day of birth, the Hepatitis B vaccine, causes Lupus and according to Doctor Maurcie Hillerman, now 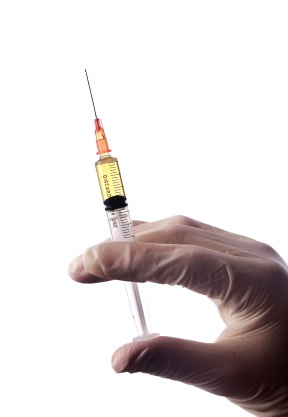 deceased, former head of vaccines at Merck, also  caused the AIDS epidemic in the U.S.   Dr. Hillerman also admitted that Merck Drug vaccines have been traditionally injecting cancer viruses (SV40 and others) in people worldwide.

Donald W. Scott, the editor of The Journal of Degenerative Diseases and co-founder of Common Cause Medical Research Foundation, also links vaccines to AIDS and to U.S. bio-weapons research.  He says that the vaccines are contaminated with mycroplasma, a primitive bacteria that takes apart cell walls.

Dr. Larry Palevsky, a board certified NY pediatrician, looked into the vaccines he routinely gave his patients and found that all were contaminated with viruses that were so small they could never be removed.   He is now treating children for autism and other neurological injuries from vaccines.

Dr. Garth Nicolson, a cell biologist and editor of the Journal of Clinical and Experimental Metastasis and Journal of Cellular Biochemistry and one of the most cited scientists in the world, says that vaccines are contaminated with mycoplasma.

While mercury was removed from kid’s vaccines by 2004 (except the flu vaccines),  they still contain aluminum and dozens of other potential harmful ingredients.  One is MSG – a potentially toxic flavor enhancer which science has proven to have a  huge effect on living beings.

Dr. Russell Blaylock believes much of the problems from vaccines is their effect on the brain’s immune system – microglia.  Autopsies of austic brains found that all had over activation of the microglia –  chronic brain inflammation.   Mercury, aluminum and MSG are powerful activators of the microglia which links the brain damage to vaccines.

Are vaccines safe in children, mothers-to-be, the elderly or the ill?  Dr. Tom Jefferson, an expert in vaccine research and head of Vaccine Field Group at Cochrane Database Collaboration found that there were less than 2 dozen studies on the H1N1 Flue vaccine and none completed before December 2010.  Government goes to great lengths to promote and provide vaccines but there is almost no valid evidence that it does any good or does not harm the recipient.

Gardasil,  pushed by the CDC as a deterrent for cervical cancer and now recommended for boys as well as young girls, is not the wonder drug they would have you believe.  Gardasil’s safety record is in serious question.  As of September 28, 2010, the Vaccine Adverse Events Reporting System (VAERS) had more than 18,000 adverse events listed, including at least 65 deaths.   There is no absolute proof and no clinical trials to prove Gardasil protects against cancer.

The American public has every reason to be suspicious over vaccination claims or to hold them in distrust and even contempt.  Policy decisions, being ruled on by our National Advisory Commission on Immunization Practice, rely on exceptionally bad science.

Approval of any vaccination should rely on sound evidence based medicine.  Instead, the vaccine approval policy relies on individual based decisions and subjective quackery fabricated by the vaccine industry and on poor study designs for efficacy and safety that only serve corporate biases and Committee interests.

← Hold On To Your Wallet; Here Comes The EPA Again!
How Do You Grow A Leg? →