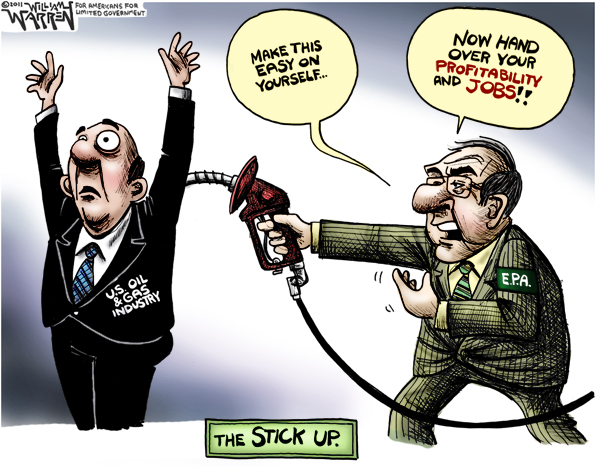 What happenes to fuel companies when they don’t comply with the guidelines of a law they can’t comply with because the law calls for something that only exist in minuet quantities in only a very few research companies because the cost to produce is off the wall? YOU GET FINED!!!!!

The Energy Independence and Security Act of 2007 (EISA) was enacted to reduce the U.S. dependence on oil from foreign enemies and was intended to improve the efficiency of motor vehicles and reduce greenhouse gas emissions.

“It belies logic,” Charles T. Drevna, the president of the National Petrochemicals and Refiners Association said of the 2011 quota, and raising the quota for 2012 when there is no production makes even less sense, he said.

Matthew Wald of the Times writes that, “Companies supplying motor fuel will have to pay approximately $6.8 million in fines to the Treasury because they failed to “mix a special type of biofuel into their gasoline and diesel.”

To reduce our dependency on foreign oil, VOTE Obama out of office so we can drill our own oil, save our economy, and save our jobs.

← National ID: The Hallmark of A Police State
Who’s Watching You? →