The Truth has always been a hard pill to swallow. Please Wake Up America before there’s no America to wake up to! 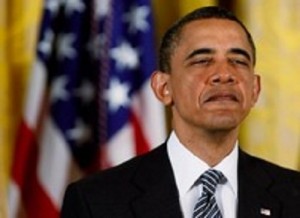 The Obama administration’s full frontal assault against our Judeo-Christian values and specifically, the Catholic church in America through mandatory birth control policies, reveal a much larger and more disturbing agenda that is being missed or deliberately omitted by the corporate media.

Investigation into what has been taking place behind the scenes exposes alarming facts that will affect everyone in America, regardless of their faith.

Despite the administration’s claims, the current battle is not about providing Americans with affordable health care and never was. By following the money trail and influence behind the actions of this administration, it is clear that the current rift is a byproduct of final stages of implementing Marxist-Leninist socialism in America.

Since his first day in office, Obama has been leading the U.S. on a direct path to socialism. He has nationalized portions of the banking industry, taken over parts of the automobile industry, and is now engaged in socializing our health care industry, which encompasses about twenty percent of our national economy. Replacing capitalism with socialism requires control over that segment of our national economy.

Obama and the globalist powers behind him know history. They understand that the most formidable obstacle to socialism in the former USSR was religion and the church. True socialism cannot coexist with Judeo-Christian principles, as socialism denies the fundamental tenet of religious faith that God created man and man needs God.

To neutralize and then eliminate the obstacle of the church, Obama and his agents are using the divide and conquer strategy. Within the last decade, there has been a skillfully orchestrated approach to dividing the Catholic church through the formation and funding “Catholic” organizations that adhere and promote the socialist agenda. Two of the larger organizations, Catholics in Alliance for the Common Good and Catholics United, both promote “social justice” and the tenets of socialism.

By promoting the progressive agendas of these and similar organizations, Obama is successfully creating a division within the Catholic church in an attempt to cause chaos from within. Unless exposed, it just might work.

The last remaining obstacle in the U.S. to implementing a full socialist agenda in the U.S. is the church. In Obama’s world and those who are behind him this “obstacle” must be removed for his agenda to be successful. They were readily provided the vehicle to accomplish this in full view of every American through the Affordable Care Act.