Crystal Wright is a black conservative woman living in Washington, D.C surrounded by Democrats. Wright holds a Bachelor of Arts degree in English from Georgetown University and a Masters of Fine Arts in Theatre from Virginia Commonwealth University.

You may have read some of her articles at townhall.com. The following article; “Eat, Pray, Love and Be Black but Don’t Be a Republican” is from Wright’s website conservativeblackchick. 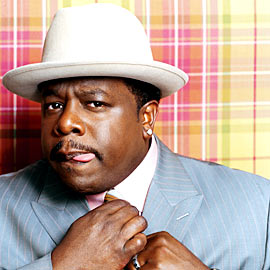 Apparently, all black people walk, talk, eat, pray alike AND fit squarely in the Democrat Black box, basking in the glow of liberalism. There also is a “black issues manual,” which I have yet to see, that all blacks must adhere to. Wait, there’s more.

Unlike whites and Hispanics, blacks claim another phenomenon– black ambassadors sometimes loosely called “our leaders,” who speak on behalf of “ALL blacks and their black issues.” If you think Al Sharpton, Jesse Jackson, Cornel West, etc. you get it. (Of course this is despite the fact, many blacks don’t call these clowns our leaders but somehow the liberal media trots them out over and over as the voice of black people. Again, as if all us blacks think alike or rather are incapable of thinking and have to have ambassadors tell us what to think and how to vote.

If this wasn’t enough monolithic brainwashing to make you sick, gird your loins.

Don’t make the mistake as a black person like I did and choose to be a Republican because you believe in opportunity, educational freedom (school choice, vouchers, charter schools), economic growth and small government. If you do, you will be called awful names by black Democrats. You will likely be hunted down by the “black police” to determine if you’re “black enough” and subjected to relentless name-calling and mocking such as “you just want to be white” or “how can you be a Republican.” To which, I respond, “How can you be a Democrat?”

What’s curious is no other race, White, Hispanic or Asian, gives over 90% of their vote to one party but blacks. In exchange for this block vote, Democrats, including President Obama, our first black president, take the black vote for granted each election cycle because they don’t have to work for it.

Since I began my blog, most of the hateful email and tweets I receive come from black liberals. I find this ironic since the Democrat party touts itself as the party of tolerance and as DNC Chairwoman Rep. Debbie Wasserman Schultz recently said it is “the natural home to minorities.” Some tolerance!

To give you a taste of the kind of  vulgar, distasteful and racist comments I receive, (be sure to scroll down to article) I thought I would share with you some unsavory tweets hurled at me while I joined BET’s Ed Gordon Tuesday night as the only black Republican woman providing analysis of President Obama’s State of the Union Speech.

Cedric the Entertainer, as he refers to himself, didn’t like my commentary that Obama’s speech was more Obama blaming Bush, Republicans and everything under the sun for his failed policies.