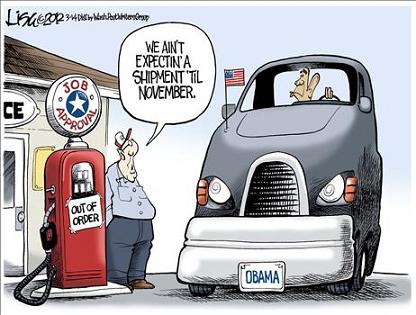 Two very large numbers are essential in the American pubic debate today – so big that they are almost inconceivable.

The first number is 15.5 trillion – a 14 digit number.  $15.5 trillion is the size of the US national debt, more or less the amount the federal government owes individuals, organizations, and governments that have loaned money to it.  To put this number in a more human perspective, it’s roughly $50,000 for every person in the United States.

$50,000 is more than the US median income which stands at $44,000.  That means if a normal, working American worked an entire year and devoted his or her entire income to nothing other than paying off their share of the national debt, they still wouldn’t pay off the full amount.

The problem of balancing the budget and reducing the national debt didn’t always seem so insurmountable.   As Speaker during the Reagan administration, we balanced the budget for four straight years, resulting in real surpluses and paying down the national debt by $400 billion.  When I left the speakership in 1999, the entire public debt was scheduled to be paid off by the year 2012.

The government even began preparing for the possible difficulties this could cause the financial system, since if the US paid off its entire debt, there would be no more US Treasury bonds.  As NPR said in its story uncovering the secret report last year, the danger has clearly passed.  Irresponsible Republican leadership in the early 2000s, when we never passed a single balanced budget, and the Democrats’ explosion in spending and the size of government since meant the prospect of paying off the debt disappeared long ago.

Today the obvious means of paying off the national debt are all unpleasant.  Both taxes, which take money from Americans directly, and inflation, which take it from us indirectly, would be very painful for the American people, making it less likely that anything will be done about this serious problem.

That is where the second very large number could come in:  1.44 trillion – a 13 digit number.

1.44 trillion is the number of recoverable barrels of oil estimated to be in the U.S. waiting to be produced.  That’s about the amount of oil the entire world has consumed since the first well was drilled before the Civil War.  In addition, we have an estimated 2.744 quadrillion (15 digit number) cubic feet of natural gas.

Much of these resources are on federal lands, meaning the American people own them.  In a recent interview with the Wall Street Journal, Harold Hamm, a major developer of the Bakken formation in North Dakota, said he calculated that “if Washington would allow more drilling permits for oil and natural gas on federal lands and federal waters,  I truly believe the federal government could, over time, raise $18 trillion in royalties.”

That is more than our current national debt – the first number $15.5 trillion.

This potential for new federal revenue without new taxes opens up a third possibility that is much less painful than taxes and inflation: the government could simply lease the rights to develop the energy resources in various tracts of federal land.

As Mr. Hamm’s calculations suggest, we should not underestimate the potential of an American energy program to go a long way toward restoring America’s fiscal health.  Lease terms for producing oil and gas on federal lands, on-shore or offshore, include an agreement that companies will pay royalty shares on production to the government.  For on-shore leases, the rate is one-eighth of production value; offshore lease terms vary but range between 12 and 20 percent of the value produced.

In 2007, the federal government collected $9.4 billion in revenues on offshore drilling in the OCS.  Considering only 2% of federal OCS lands are available for production, that would be $470 billion, if it earned the same rate off all OCS lands.

Clearly, there is enormous potential revenue for the federal government locked up in lands we are currently doing nothing with, at a time of exploding deficits and fiscal downgrades.

Opening up American energy production would be a boon to cash strapped state governments, as well.  Revenue from on-shore resources is generally split 50/50 between state and federal government.  While revenue sharing with states is not yet standard for offshore drilling on federal lands, the few recent leases that have been permitted have included similar arrangements.  In 2006, lease terms gave Gulf states a 37.5% share of revenues.

This expanded production of American energy would create millions of jobs and bring down the price of gasoline to $2.50 a gallon or less.

It tells you the scale of our domestic energy resources that revenues from one-eighth their value could eventually pay off our national debt of $50,000 per person.  It tells you the extend of the Obama administration’s extremism that it won’t let us tap them.