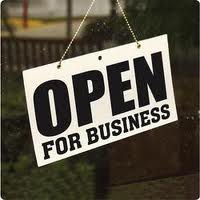 Governor McDonnell declared 2012 the “Year of the Entrepreneur” in Virginia, claiming that the state had the “right” regulatory climate.

According to the Jefferson Policy Journal Virginia has a long way to go to actually claim that title.    The Old Dominion has the 8th most burdensome licensing laws in the country, ranked behind the economic disaster that is California.  When looking at 42  of the 102 occupations that Virginia requires to be licensed, Virginia comes in as the 11th most broadly and onerously licensed state in the nation.  It requires aspiring entrepreneurs to pay $153 in fees, lose 462 days to do government education and experience mandates and pass one exam before obtaining a business license.

An “occupational license”  is essentially a government permission slip to work.  Having to gain such permission erects barriers and makes the road to entrepreneurship more burdensome.  During the 1950s the number of U.S. workers requiring a license to work was 1 in 20.  Today that figure is almost 1 in 3.

To measure the extent of these burdens, the Jefferson Policy Journal  looked at the license requirements for 102 low to moderate income occupations across all 50 states and D.C. enabling them to rank states based on how many occupations they licensed and how burdensome the requirements were to earn those licenses.

Some of Virginia’s ranking comes from its licensure requirements for different types of commercial construction contractors, which greatly exceed the requirements of many other states.  Virginia also imposes higher than average burdens on other occupations such as teacher assistants, vegetation pesticide handlers and even furniture upholsterers, being only 1 of 7 states that require a license to upholster furniture.

Inconsistencies between occupations within the state also suggest licensure in Virginia is needlessly burdensome.  It takes more than 4 times as long to earn a massage therapist license as it does to become an emergency medial technician.  It takes even longer to earn a barber, cosmetologist or skin care specialist license.

If Governor McDonnell and Virginia lawmakers really want to spur entrepreneurial growth, they should add to their to-do list the reduction or elimination of licensure burdens that do little more than protect some businesses from competition by keeping others out of work.