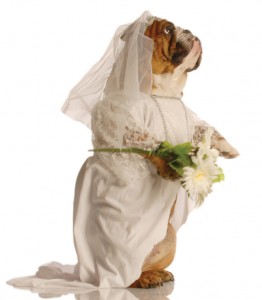 This week a North Dakota woman married herself.  She and her “inner groom” took the vows.  This in itself can raise a lot of interesting questions.  This could certainly cut down on wedding expenses, in-laws, medical insurance, his and her massages, arguments and groceries.

We laugh at this type of thing because it is so outrageous and so far outside what we consider normal.  But, it is things like this that are becoming more and more common in our great declining culture.

Trust me, conventional marriage is going the way of the Edsel, probably within a decade.  If Obama is reelected, then it could be as soon as in the next few years.  The First Court of Appeals in Boston just ruled unanimously that the Defense of Marriage Act (DOMA) is unconstitutional.  It will go to the Supreme Court for a final say.  A President though can sway many minds.  Remember Bill Clinton’s contribution to our youth’s sexual activities?

These developments don’t happen in a vacuum.  The seeds of decay were planted many decades ago.  The first of this began to manifest in the early 60s, especially in 1963 and 1964 when Bible reading and prayer were removed from the public schools.  Add in some good evolutionary teaching and we have a bunch of confused people as to who they really are or why they’re here.  Why should Columbine shock us?  It’s the Law of the Jungle, right?

The trend toward degeneracy really began to expedite when in 1973 our High Court decided it was permissible for women to murder their children.  This no longer outrages most of us.  We have given up that fight.  We accept abortion.

We might want to rethink this though because they will come after the old folks next.  If we agree that some murder is OK, then where does it stop and on what moral appeal would it stop?  Our nation is become “senior” heavy, meaning more and more of the younger generation will have to support them.  The younger generations may decide they don’t want to.  They vote and the majority seems to rule in this country.

So here we are.  The next to go will be the family unit that made this country great and kept it great for most our history.  Again, it follows, when this God ordained foundation is destroyed then literally there is nowhere we can’t go.

People will want to marry their dogs, cats or maybe even their refrigerator or new car.  Of course, benefits will be a major factor.  We already have lawyers that defend animals.  People better make sure they can trust their dogs and cats.  They just might end up in court.

Do we give up?  No.  We have to continue to fight this moral war anywhere and everywhere and in anyway we can.  It’s our Christian duty.  If enough people will do this along with supporting prayer and righteous behavior, we can make a big difference in a short time.  It is still not to late.  But, war is war and we have to fight.  This is a real war with real casualties.

← The Devil’s Law Firm Takes On Giles County, But Did They Really Win?
Selling Out the U.S. in Secret →