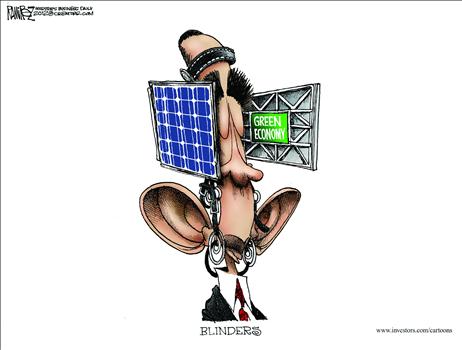 Rep. Edward Whitfield, R-KY, introduced  HR 4471,  the “Gasoline Regulations Act” that would force the EPA to reveal how its environmental rules and regulations impact gas prices and job growth.

The bill, which cleared Committee on May 17, 2012, would create the  Transportation Fuels Regulatory Committee to analyze and report to Congress, for the calendar years 2016 and 2020, the cumulative impact of EPA regulations proposed after March 15, 2012 under the Clean Air Act; Renewable Fuel Program, and the National Ambient Air Quality Standards for Ozone  on:

Now while I applaud Whitfield’s efforts to force transparency on the EPA ,  if the House is truly interested in the impact of Obama’s attack on gas, diesel and natural gas prices or the effect on jobs and the economy, wouldn’t it make more sense to by-pass the bureaucracy that created the mess and talk to the people who are actually impacted by Obama’s “green” agenda?  And, why only  EPA  rules proposed after March 15, 2012  –  the EPA has been impacting the price of everything with their war against fossil fuel since Obama took office.

The EPA is simply implementing Obama’s campaign promises of 2008 that he would bankrupt the coal industry and force taxpayer subsidy for wind, solar and biofuels.  By hyper regulating CO2, soot, mercury, cross-state air pollution, etc., the EPA intends to force numerous coal fired plants to shut down, regardless of the cost to consumers and the economy.  They recently issued 588 pages of rules for hydraulic fracturing for critically needed oil and gas while  Obama has put  95% of publicly owned, but government controlled,  energy resources off limits.   Obama is attempting to cut off  the lifeblood of our nation’s economy, jobs and living standards while Congress does nothing to stop it.

In my opinion, this bill is just another attempt to placate the peasants.  That and $5.00 might buy you a cup of coffee.

← Selling Out the U.S. in Secret
Is Obama Really A Psychopathic Megalomanic? →