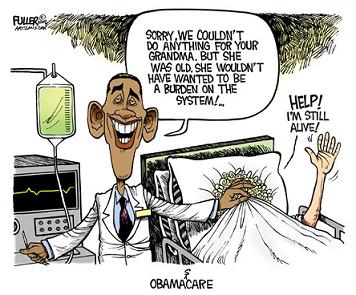 While the Supreme court’s health care decision was unconstitutional, illogical and borderline insane, it wasn’t that much of a surprise given the Court’s past decisions.  But, what did surprise me the most was Justice Roberts going over to the dark side.

Erick Erickson of RedState.com had an interesting take on the Court’s decision.

Erickson said he wasn’t going to beat up on John Roberts because he was playing at a different game than the rest of us.  While we’re playing poker, he’s on chess.

First, Erickson said, he got a strong sense from a few anecdotal stories about Roberts and the way he has written his opinion that he was concerned about keeping the Supreme Court above the partisan fray and damaging the reputation of the Court in the long term.  Roberts forces everyone to deal with the issue as a political, not legal, issue.  “In the past twenty years, Republicans have punted a number of issues to the Court asking the Court to save us from ourselves.  They can’t do that with Roberts. . .This case is a timely reminder to the GOP that five votes are not a sure thing.”

The Court’s decision removes a growing left-wing talking point that suddenly they must vote for Obama because of judges.  The Supreme Court as a November issue for the left is now gone.  For the right? “That sound you hear is the marching of libertarians into Camp Romney, with noses held, knowing that the libertarian and conservative coalitions must unite to defeat Obama and ObamaCare.”

Since the Court has made it a political issue, now is the  time for the Republicans to move to repeal the individual mandate which is unpopular with 60% of Americans.   A vote to repeal will force the Democrats to go on record about the mandate.   Even if Democrats defeat the repeal, House Republicans can vote to defund it.

Erickson  also thinks that Robert’s decision to go over to the dark side just handed Mitt Romney the White House.  And that may be.  As of 2:30 p.m. on Thursday, Mitt Romney’s campaign had collected $1.5 million from more than 13,500 donors.

Another thing that came from the Court ruling is proof positive that the Democrats and Rinos who pushed ObamaCare lied to the American people to pass this socialist bill.  Remember Obama and his discussion with George Stephanopoulous where he denied that under ObamaCare the penalty for not buying insurance was a massive tax increase?

Despite Obama’s lies, ObamaCare is not only a tax, it is the most obscene and regressive tax increase in history.

Do not despire, the far left celebrations will be short lived.   We may have lost a battle, but the WAR is far from over.  Those who say that the Tea Party movement is dead will do so at their own political peril.

“With the upholding of the individual mandate based on convoluted constitutional logic, John Locke’s life, liberty and property protections have been wiped out by judicial fiat by five unelected judges.”  Tad Cronn, Godfather Politics

← You Want Some Cheese With That Whine?
Gridlock Is A Luxury We No Longer Can Afford! →