This article was written by Joel Valenzuela and originally published at Western Journalism. 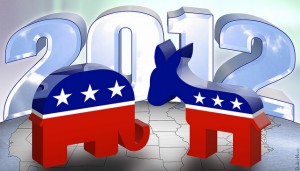 November is coming.  The election is looming, and it looks like it might be a close one.  To boost his re-election chances, President Obama has been looking to secure the Hispanic vote, first with targeted campaign ads, and then with a “quick fix” executive order bringing a halt to the deportation of certain young illegals.

But will this deliberate pandering really secure the Hispanic vote?  What do Hispanics want, really?  The answer to that second question is much simpler than you would think.

Hispanics want the same things as other Americans.  They want to be able to get a job and feed thir families.  They want to live in peace, without the fear of their own government spying on them with drones or selling weapons to the drug cartels that are massacring their extended families in Mexico.  They want their children to row up in a country where traditional values are celebrated, not suppressed.

In all these areas, President Obama’s record leaves much to be desired.  The economy is still sluggish, with high unemployment and no end in sight.  The stimulus packages have done nothing to alleviate the people’s suffering and have piled trillions in debt on their heads instead.  The Obama administration continues its desperate fight to cover up the Fast and Furious disaster, showing that it treats the safety of (and accountability to) its citizens as a joke.  And, to add insult to injury, President Obama supports forcing private health insurance to cover birth control, religious objections be damned.

Ronald Reagan famously asked, “Are you better off than you were four years ago?” when running against Jimmy Carter and the lackluster results of his presidential term.  On election day, this will be the burning question on voters’ minds.  Hispanics are no exception.

← Gridlock Is A Luxury We No Longer Can Afford!
Obama Campaign Takes A Direct Hit →