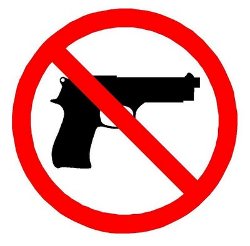 In a letter to a customer, Google said that “we do not allow the promotion or sale of weapons, any related products such as ammunition or accessory kits on Google Shopping”.

With deep ties to the  Obama administration, the National Security Agency and other government agencies the reason that they are now in the business of gun control should come as no surprise.

Other items banned on their shopping network include tobacco and cigarettes, as well as anything related to casinos and gambling.

Goggle secured a contract worth $35 million from the Department of Interior for Email and collaboration software and have been furnishing the government with information on customers using their search engine.  Google, via their PACs, individuals, employees, owners and their families lead Obama donors for 2012 with $270,000 going into his campaign coffers.

While Google has the right to establish their own business model, if they think it won’t make any difference to the users of their search engine, they’re mistaken.

It was bad enough that Google has transitioned from a tech company focused on providing users with a quality content to an advertising company focused on mining personal information on its users, now they’ve joined the Nanny State.