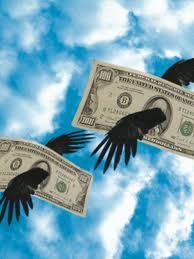 Under government rules, delinquent taxpayers are supposed to be ineligible for the mortgage insurance program unless they have reached a payment agreement with the IRS.  But, it turns out that FHA doesn’t have the “right controls” in place to weed out bad applications, according to the Government Accountability Office.

“In the name of “STIMULUS”, the federal government gave mortgage insurance to thousands of people we knew were tax cheats and had a bad track record paying their debts,” according to Senator Tom Coburn, who along with a bipartisan group of lawmakers requested the investigation.

In addition to the mortgages, the GAO auditors found that more than half of the tax delinquent borrowers claimed the first-time-homebuyers’ credit worth up to $8,000.  The GAO said that since the credit is refundable, there was no prohibition against someone claiming the credit even when they owed back taxes.   While IRS rules generally call for the agency to subtract any unpaid taxes from the refund,  in 3 of 9 cases that GAO analyzed in depth,  the  taxpayers had declared bankruptcy, meaning the IRS was prevented from docking the refunds.

In a prior report, the GAO said thousands of contracts and grants were paid out under the American Recovery and Reinvestment Act (Stimulus) to those with unpaid tax bills.

In early 2009 Obama pushed the $831 billion economic stimulus as a means of bolstering the economy and promised to use strict controls to cut “fraud and abuse.”   Part of the Recovery Act was aimed at shoring up the housing market which included the first time homebuyer tax credit and the mortgage assistance, which let the FHA insure loans at a higher rate in high-cost housing markets.   About 1.7 million individuals claimed the tax credit, while the FHA insured more than $20 billion in mortgages for 87,000 homeowners.

Under a White House policy, buyers who were delinquent on their federal taxes were not supposed to receive the mortgage assistance without having a repayment agreement with the IRS.  But  FHA rules do not prod private lenders to ask for that information and the FHA doesn’t have a system to work with the IRS to get that information.    That lack of a “system” to work with the IRS allowed the FHA to issue $1.4 billion in mortgages for 6,327 borrowers who collectively owed $77.6 million in unpaid taxes, or an average of more than $12,000 each.

Compounding the issue – those with tax problems are more likely to end up in foreclosure.  Nearly one-third of mortgage holders with unpaid federal taxes were “seriously delinquent” on their payments and 6.3% had already been foreclosed – a rate nearly 3 times higher than homeowners who paid their taxes.

Typical government response  — the Department of Housing and Urban Development said they will work with the IRS TO TRY to get access to information that would help cull tax cheats and WILL TRY to clarify FHA rules so lenders are clear about the eligibility requirements for loans.

In nongovernment speak that means   —  oops, we got caught so we need to appear as if we are going to do something about it but it’s not our money and we don’t really care!

← Liberal Protestors Without A Clue
Does Obama Hate The Military? →