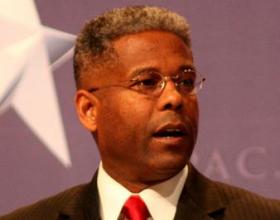 The 56 rebels knew they very well might be hanged for what they were about to do. As lawyers, merchants, farmers and landowners, they had plenty to lose. Fighting against an imperial ruler, they had everything to gain.

They were embarking on an adventure – not only because they were revolting against their own government and fighting outmanned and outgunned against a superior military – but because they were creating a radical approach to self-governance.

The 56 men who signed our Declaration of Independence on July 4, 1776, knew the only way they ever would be successful in their audacious plan was if they stood together. As Benjamin Franklin said at the signing, “if we do not hang together, we shall surely hang separately.”

Our founders shared a unified vision for our nation. They understood that unity of the many was necessary to uphold the sovereignty of the individual and the fundamental, unalienable rights to life, liberty and the pursuit of happiness.

To ensure the sovereignty of each individual American, our Founding Fathers knew the country would have to be unified on certain principles and values: a limited constitutional government, a free market, a respect for “the Laws of Nature and of Nature’s God” and a strong national defense.

Sadly, we are in danger of squandering the precious gift those 56 rebels gave us 236 years ago.

We have become a nation of “special interests” – but what interest can be more special than preserving the greatness of the United States of America and the freedoms of all its citizens?

We have politicians who would rather divide us based on income, gender or race than unite us as Americans. They want citizens to believe that “all men were created equal” really means “all men are entitled to an equal share.” They want their fellow Americans to believe anyone else’s economic success always comes at their own expense.

Those same politicians build their careers and re-election on the promise to redress these differences and guarantee equality of achievement – an impossible task unless we are all reduced to mindless, identical drones.

It is a seductive and dangerous promise that ultimately will lead to the destruction of our nation. As Alexis de Tocqueville repeatedly observed, “The majority always votes for the candidates promising the most benefits from the public treasury with the result that a democracy always collapses over loose fiscal policy, always followed by a dictatorship.”

We cannot allow this to happen. We cannot continue to foment and cultivate the divisive rhetoric that threatens to rend the very fabric of our nation. We will not survive with leaders who parade before a cacophony of groups, submitting to their whims in return for their electoral support.

The freedom for individuals to live however they choose is fundamental to our nation. But the balkanization by gender, race, sexual orientation or income in these United States will lead us on a path to ruin.

America must have leadership that reflects her foundational principles. We need leaders who do not seek to divide, but rather unite all under the fundamental principles for which our founders so courageously fought, and for which the men and women of our military continue to fight to this very day.

In 1955, social philosopher Will Herberg described the “American Way of Life” as “individualistic, dynamic, pragmatic. It affirms the supreme value and dignity of the individual; it stresses incessant activity on his part, for he is never to rest but is always to be striving to ‘get ahead’; it defines an ethic of self-reliance, merit and character, and judges by achievement: ‘deeds, not creeds’ are what count. The American Way of Life is humanitarian, ‘forward looking,’ optimistic.”

Herberg’s description was as fitting in 1955 as it was when our founders inscribed their names on the Declaration of Independence in 1776. Will it be accurate beyond 2012? I hope so, for America cannot continue to exist unless we all live as Americans in “the American way.”

← Judge Rules Doctors Can Ask About Guns
Adding To The Debt According To Obama Is Unpatriotic! →

4 comments for “Allen West: The Balkanized States of America”