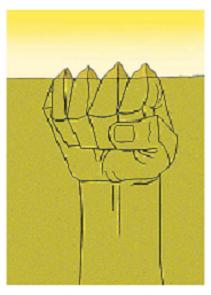 The Muslim Brotherhood’s bait and switch is standard operating procedure.    In previous rounds of elections, the Brotherhood promised it would not seek a parliamentary majority – but it did;  Then, it promised not to run a candidate for president – but they ran two.

Since its inception in 1928, the Brotherhood has been a revolutionary organization committed to the imposition worldwide of a totalitarian, supremacist Islamic doctrine they call Shariah.   But opposition to Sharia from non-Muslims and some Muslims themselves, caused the Brotherhood to continue its operation in secret.  They wage a stealthy, pre-violent “civilization jihad” to advance their goals until circumstances presents itself for them to come out of the shadows.

As its power has grown since the “Arab Spring” the Brotherhood has abandoned those they used during the uprising in hopes of cutting deals with the Supreme Council of the Armed Forces, the junta in charge since  Mubarak was ousted.

In an interview with the Wall Street Journal, the Brotherhood’s deputy supreme guide, Khairat Al Shater said that “if the Muslim Brotherhood came to power, he would be in charge,” in what Al Shater described as a “closed, rigidly hierarchical and disciplined quasi-Trotskyite organization.”  In the interview Al Shater is also quoted as saying that “the priority is a ‘a close partnership’ with the U.S. which the [Brotherhood] expects to help it unlock credit markets and gain international legitimacy.”

During 2009 when Obama gave his first “outreach to the Muslim world” speech at Cairo’s al-Azhar University, Obama insisted that the Brotherhood be represented in his audience.  He then threw Mubarak under the bus within a few days of the uprising in Tahir Square.  And, since the first “Arab Spring” uprising in February 2011, Team Obama has been engaged with the Brotherhood extensively, both in the U.S. and in Egypt.  After the Brotherhood dominated the parliamentary elections, Hillary ordered the transfer of $1.5 billion in one lump sum, no strings attached, grant to Egypt.  Obama’s shameless unabashed support for the Brotherhood is empowering, not only the most serious enemy of any hope for freedom in the Middle East, but avowed enemies of this country, as well.

The only mechanism holding the Brotherhood in check at this point, is the military and hopefully, their continued resistance to pressure from Obama to turn the government over to Shariah law.

The next shoe to drop may be a decision by Obama to agree to the Brotherhood demands to free one of their most dangerous leaders, Omar Abdul Rahman, the “Blind Sheik” who ordered the first attack on the World Trade Center in 1993.  Rahman’s return to Egypt would likely make the return of the Ayatollah Khomeini to Iran in 1979, pale by comparison.  The “suggestion” of releasing Rahman was made during high level meetings with Team Obama by Hani Nou Eldin, a member of Rahman’s terrorist organization, Gama’a al-Islamiyya, prompting House Homeland Security Chairman Peter King of NY, to ask Janet Napolitano why such a dangerous individual was even granted a visa and demanding to know her stance on the release of Rahman.  Good luck getting an answer to that one!

Obama’s enabling the Brotherhood’s ascendancy in Egypt and his embrace of their operatives and those of other Islamist organizations in the U.S. is, if not actually illegal,  is  in my opinion, dangerously close to treason.

← Adding To The Debt According To Obama Is Unpatriotic!
Socialized Medicine Discriminates Against Racial Minorities →