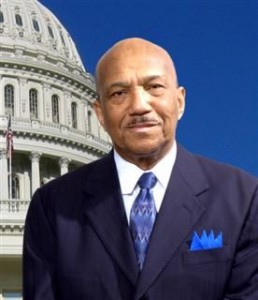 Pastor William Owens, president of the 1300 member Coalition of African-American Pastors, is calling on Black ministers to boycott the President and sign a petition demanding that Obama withdraw his support for same-sex marriage.   Obama and Eric Holder have so far refused to meet with the Coalition to discuss same-sex marriage.

Pastor Owens said that “by embracing gay marriage, Obama is leading the country down an immoral path.  Some things are bigger than the next election.”

The coalition is also calling on the African, Methodist and Episcopal Churches to renounce Obama’s actions.

“We were once proud of President Obama but our pride has turned to shame.”

“There is no institution more important than the American family.  In our families, the seeds of personal character are planted, as we impart the teachings of Christ and learn to hear God’s voice.  Through love, instruction, disciplines, guidance and example, we learn from our mothers and fathers the values that will shape our lives.

I am convinced that the majority of Americas share our values of faith and family, but the men and women who weave the fabric of our culture choose to ignore us.

We believe that the time has come to stand up for traditional marriage.”