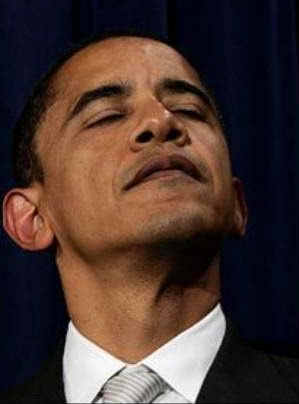 Democrats are working overtime to make Bain Capital the new “Halliburton.”   Though few people actually know what Halliburton is or how it functions,  after having been spoon fed the “facts?” by the drive-by media most think it is unquestionably evil and a sinister tool of former Vice President Dick Cheney.  If the Alinskyite effort to smear the reputation of Bain meets with similar success, the result will be a massive, widespread, and ultimately mindless condemnation of the investment firm, fervent in conviction, but lacking in substance.

The entire assault on Bain is nothing but a re-election ploy perpetrated specifically for sullying the reputation of Mitt Romney.  Will it work?  Who knows!  But the style of attacks used by Obama and his campaign cohorts reveals much about the menacing agenda of the political left than any wrongdoing by Romney or his former investment partner.

For almost a week the entire liberal political machine and their lap-dog partners in the media have been repeating “allegations” that Romney’s timetable at Bain is somehow criminally flawed.  Romney is being accused of possible felony violations by his claim to have left Bain in 1999.  When Romney repudiates the claim, the same Obama spinmeisters are calling his response “defensive”.  In short, the whole charade has been constructed as a no-win situation for Romney and there is little doubt that they will continue with the charade as long as they can get away with it.

Was Romney at Bain in 1999?  I really don’t know nor do I care!  But, if lying is a possible felony violation, Obama, most of his campaign staff and all of his “czars”, along with at least 99% of Congress should go to jail!

What motivates liberals to react with such venom to a financial venture that, while personally benefiting Romney, also preserved and generated innumerable jobs within the companies Bain restored? Far from being miserly overlords of enslaved hordes, beneficiaries of Bain’s expertise were ultimately able to maintain their businesses in the private market place and employees could therefore keep working.  Is this the underlying reason that the Obama spinmeisters find so abhorrent?  Does Obama hate the capitalist system that much?

Unlike the countless failed “green energy” companies which have cost taxpayers,  Bain did not contend for government “stimulus” money.  In fact, each of its many successes constituted a diminished need for unemployment checks, food stamps, or any of the other social “safety net” handouts Obama loves.

In the same sense, it is the  independent, self-reliant businesses that threaten the ever expanding and self-serving “nanny state” along with its hopeless entangled web of parsites, both in public service and on the public dole.  Obama’s envisioned Utopia of national squalor and the resultant helplessness and victimhood, eased only by the beneficent bureaucracy, simply cannot become the norm in a nation in which a significant segment thrives or prospers from initiative and ingenuity of a free citizenry.   The obsessively dependent cannot coexist amicably and contentedly in the midst of an unfettered and motivated citizenry whose members remain devoted to meeting and overcoming challenges.

It is becoming more obvious that the attempted criminalization of Romney over the trivial argument of when he left Bain Capital is really a microcosm of the effort to criminalize capitalism itself.

Obama sneers at concerns over excessive taxation, especially at the upper end of the pay scale, sarcastically claiming that tax increases would not prevent the rich from purchasing their flat screen televisions.  In his mind, accrued wealth is merely to be spent on expensive toys and indulgences – a belief reflected in the many lavish vacations which he and Michelle take at taxpayer expense.   He doesn’t get the benefit of investment by the wealthy from which other business ventures are underwritten.  Of this nation’s great success stories, Obama displays only contempt.

Any doubt that this might be the case were dispelled by a series of outlandish comments made in Roanoke, Virginia, on July 13.  Rather than highlight successful Americans as role models to inspire others, Obama mocked them for believing they had actually created their success themselves.  Dismissing their hard work and initiative he asserted that “there are a whole bunch of hard-working people out there.  If you were successful, somebody along the line gave you some help.”   You didn’t do it on your own!  From there he meandered into the predictable mention of road and bridges made possible, of course, by the “investment” of others.   Why do liberals believe that if you call taxes an investment, it hurts less?

Are we to believe that the entrepreneur whose product is transported over America’s roadways has never paid a dime of highway or fuel tax?  Or did those who prosper, after investing tirelessly to build their businesses, completely avoided paying property or income tax until the great Barack Obama appeared on the scene to right all wrongs?

Or, is it more likely that despite such people shelling our enormous sums in income and capital gains taxes have yet to pay their fair share  —  with “fairness” being defined by Obama and his collectivist minions?

Regardless of all the liberal sanctimony, the real war is not being waged on behalf of the weak.  It is being waged against any who have overcome weakness, and any who would seek to elevate themselves beyond a state of dependency.

As the vile and venom from the Obama campaign continues to escalate, and it will, it would be wise for all Americans to remember that those who would wield the enormous power of government against any one innocent citizen, invariably become a danger to every citizen.

“Liberals Would Criminalize the American Ideal” by Chris Adamo