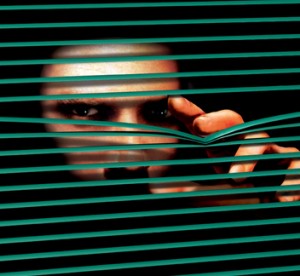 More than 4 dozen House members from both sides of the isle are fed up with campaign trackers and  are preparing a letter to send to the Democratic and  Republican Congressional Campaign Committees calling for an end to what they call a “massive invasion of privacy.”

The letter came in response to a politico story in July that revealed Democratic trackers had been filming the homes of Republican members and candidates and placing the footage on YouTube.

The Democratic Congressional Campaign committee defended the practice because they want to cast House Republicans, especially those who are wealthy and have large homes, as out of touch with struggling American families and by placing the footage on YouTube they are hoping that “like-minded” groups will use the footage in TV Ads during the fall campaign.    Who would have guessed that Democrats could stoop that low?

Congress passed the Patriot Act allowing the federal government to snoop on our private phone conversations, our private emails and to track our usage of the Internet.  The passage of a new Cyber bill will completely remove any resemblance  of privacy that still exists.

They passed a law allowing Obama to kill any American citizens  he decides is  a “terrorists,”  and to arrest American citizens and detain them without due process for an indefinite time.  The government’s determination of whether or not you are a “terrorists” is determined from the snooping through your emails, Internet use and phone conversations.

Congress has  allowed the use of private and public drones to invade the  privacy of  all American citizens.

The police have license plate scanners that can document where and when you travel.  And, if that isn’t bad enough, all new cars will be equipped with a little black box that allows government to monitor your travel and law enforcement to issue citations and even control the use of your car.

Doctors can take a blood sample from your newborn baby to create a DNA fingerprint without parental consent.

Thanks to Congress, you  can be mauled and molested by TSA agents before being allowed to  fly – oh and that is now being extended to bus terminals and train stations and maybe even highways.

The FBI and the National Security Agency are compiling databases  on every citizen in America.

You can’t buy prescription painkillers without ending up on a drug database.

Under ObamaCare,  the government plans to insert an RFID medical records impant on everyone living in the country.

The government wants to force everyone to have a national id card, also implanted with a RFID chip.   In case you didn’t know, RFID chips are now part of your passport.

Obama is in the process of forcing implementation of the Gates Foundation Common Core Standards on our schools that will establish a data-base of your children from k -thru death.

And lets not forget all those cameras strategically located on every street light in most major American cities.

And that is just the tip of the iceberg!

I agree with the House – Democrats should not be going around filming Republican candidates’ homes and families for possible future attack ads.

But somehow I just don’t feel that sorry for them.     Maybe it’s time they get a little taste of the massive invastion of privacy the average American citizen has had and will have to endure!!!!!!!!