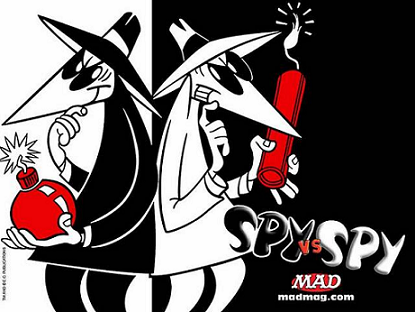 When people download a film from Netflix to a flatscreen, or turn on web radio, they could be alerting unwanted watchers to exactly what they are doing and where they are.

Spies will no longer have to plant bugs in your home – the rise of connected gadgets controlled by apps will mean that people “bug” their own homes, according to CIA director, David Petraeus.  And, the CIA will be able to “read” these devices via the Internet and maybe even via radio waves from outside your home.

Chip company ARM recently unveiled a new low-powered, cheaper chip which will be used in everything manufactured for your home – from refrigerators, lighting systems, and  ovens to doorbells, allowing spies to monitor you without planting bugs, breaking and entering or using your friends and neighbors  as spies.

Petraeus is currently talking to a venture capital firm about new technologies which eventually will  be adding processors and web connections to previously dumb home appliances.  The ARM chip is smaller and far cheaper than previous processors and designed to add the Internet to almost every kind of electrical appliance.

Items of interest will be located, identified, monitored and remotely controlled through technologies such as radio frequency identification, sensor networks, tiny embedded servers, and energy harvesters.   These devices embedded in the home will definitely change our notion of privacy – cause there will be no privacy.

It is no coincidence that the National Security Agency is working on a monolithic heavily fortified $2 billion facility deep in the Utah dessert, surrounded by mountains, that is set to go active in September of 2013.  It will become the centerpiece of the Global Information Grid – a military project that will handle yottabytes of data, an amount so large that there is no other data unit after it.

The NSA facility will be connected to listening posts, spy satellites and NSA data centers which will make the NSA one of the most powerful spy agencies in the world.  For the first time since Watergate and other scandals of the Nixon administration, NSA will turn its surveillance apparatus on U.S. citizens.  Given the facilities scale and the fact that a terabyte of data can now be stored on a flash drive the size of man’s pinky, the potential amount of information that NSA can house is staggering.

William Binney, a former NSA official who left the agency in 2001, described NSA’s program of surveillance, codenamed Stellar Wind.   NSA chose to put wiretapping rooms at key junction points throughout the country, gaining access to all domestic and international communications.  But the eavesdropping doesn’t stop there.  To capture satellite communications, the agency monitors AT&T’s powerful earth stations, satellite receivers in locations that include Roaring Creek and Salt Creek.  NSA also inspects domestic Internet mail.  They gained warrantless access to AT&T and Verizon’s vast trove of domestic and international billing records and they also have the ability to eavesdrop on phone calls directly and in real time.

When Obama took office Binney and another former NSA analyst, J. Kirk Wiebe, tried to bring the idea of an automated warrant approval to the Justice Departments’s inspector general.  They were given the brush-off.

Binney says there is only one technology preventing untrammeled government access to private digital storage:  a strong encryption.  Anyone can use it to seal their messages, plans, photos and documents in hardened data shells.  One of the best is the Advanced Encryption Standard that is incorporated in most commercial email programs and web browsers.

James Bamford, former intelligence analyst said that “it is, in some measure, the realization of the total information awareness program created during the first term of George Bush – an effort that was killed by Congress in 2003 after it caused an outcry over its potential for invading America’s privacy.”  Read Bamford’s article “The NSA is Building The Country’s Biggest Spy Center (Watch What You Say) here.   It is quite an eye opener.