Last November, in  an effort to further degrade the Constitution,  Rep. Jim McGovern, D-MA, joined by Nancy Pelosi, D-CA and  26 other  progressive Democrats and one Rino, 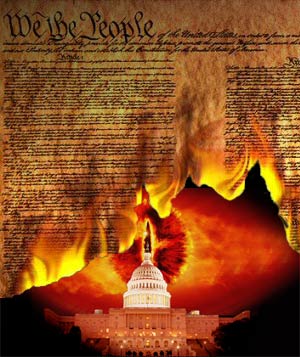 Like most Socialist speak, “People’s Rights” is false advertising.  McGovern’s purpose was not to add more protection to free speech but to expand government’s power to squash free speech.

In 2002 the McCain-Feingold Act passed prohibiting corporations and unions from using their general treasury to fund campaign advertising 30 days prior to a primary or 60 days prior to a general election.   In 2008, the Supreme Court struck down the law as unconstitutional in their   Citizens United v Federal Election Commission decision, upsetting most liberals who had used the bill to silence political opposition.

With all the opposition to Obama’s Socialist policies, Democrats and one Rino saw an opportunity to reestablish government control over free speech by designing an amendment that would strip constitutional protections from corporate entities such as newspapers, cable news networks, Internet news outlets, nonprofits and churches.  Basically what the amendment says is that all incorporated entities and their owners, or members of  nonprofit entities would  have no  right of free speech under the Constitution.

Under the Amendment anyone who tried to exercise his or her constitutional rights collectively with other like minded people would be “subject to such regulation as Congress deems reasonable.”

Church run entities such as hospitals and schools resisting Obama’s birth control mandate would no longer have a constitutional basis to speak out against government’s attack on religious freedom.  Churches would no longer have the freedom to express religious doctrine on abortion or same-sex marriage.  Government would have the power to censure newspapers, the Internet, books, and any other incorporated group that dares to oppose their political agenda.

Yes, even corporate nonprofits like the ACLU, Moveon.org, Free Press, etc. would be affected but I am sure that, depending on which party is in power, something as simple as a Constitutional Amendment, wouldn’t prevent them from getting their message out.  Unions, unless I am mistaken, are unincorporated associations which would leave them free to spread their Socialist propaganda at will.

HJR was referred to the House Subcommittee on the Constitution in December 2011.  Personally, I don’t think that it will leave the Subcommittee, at least as long as Republicans hold the House.   Should Democrats take the House back – we’re in for trouble!

I only bring this up as an example of the extent that Socialist are willing to stoop to in an attempt to silence Conservatives.