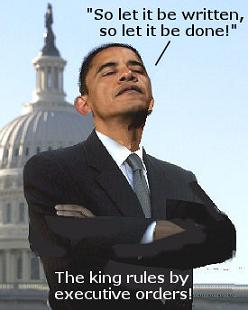 America is a Republic, a government by the people.  It is not a government run by an elite few nor ruled by a singular individual.  Government gains legitimacy because of the consent of the people it governs.

If you ask the government if they are smarter than you, they will say “yes” but it is far from the truth.  All one has to do is look at the state of the economy and the lack of leadership.   “Let’s Try This” or “Let’s Try That” is not leadership.    It is time for American voters to stand up and say NO:

From 1789, the year the Constitution was ratified, through 1981, the total debt of the United States did not exceed one trillion dollars even with the War of 1812,  the Civil War, World War I, World War II, Roosevelt’s New Deal or Lyndon Johnson’s “Great Society,” or the Korean War, the Vietnam police action and landing on the moon.   Throughout that entire expanse of time, even though federal programs instituted by Roosevelt and Johnson  extended beyond Constitutional boundaries, the cost of servicing the debt remained manageable.

As recently as 1990, the Republican controlled House managed to balance the federal budget for the first time in decades.  And while deficits did reappear later in the decade and significantly increased due to 9/11,  our financial course seemed fairly secure.  But that all changed in 2009 under the  tutelage of Obama.  The National Debt has grown more during Obama’s time in office than it did during the entire 8 years of George W. Bush’s presidency and if Obama continues his failed policies, the federal debt will exceed 90% of GDP by 2022.

During the last  three and one-half plus  years of Obama’s rule, we have witnessed one of the most aggressive campaigns to destroy America – to turn America into a Socialist satellite of Europe, through the destruction of our economy and our Constitution.   Obama, aided and abetted by his minions on Capital Hill and the drive-by media, is intent on continuing down this disastrous road, motivated by a mindless devotion to the failed and discredited philosophy of collectivism.

This is a critical time for American – we can not endure another four more years of failed federal policies.  It is time to send a message to  the “elite” in Washington, who care more about getting re-elected than they care about America’s future, that NO, we will not take it any longer.   There is a price to be paid for ignoring the will of the people – your services are no longer needed – You Are Fired!

← Has Agenda 21 Met Its Match?
Deploying The Truth →