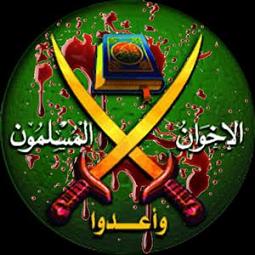 The Director of National Intelligence, Jim Clapper,  pushing Obama’s agenda,  testified at a House Intelligence Committee meeting in 2011  that the Muslim Brotherhood was a “largely secular organization,”  while later in the same day FBI Director, Robert Mueller, warned of their  threat to America.

Not to be outdone, Brian Katulis, of the George Soros funded Center for American Progress, appeared on “Hardball” with Chris Matthews touting how he welcomes participation of the Muslim Brotherhood in a new Egyptian government.

Seems everyone had an opinion!  But now that the Muslim Brotherhood has taken over Egypt’s government, lock-stock-and-barrel,   and are instituting Shariah law, it is more important than ever that Americans discover who they really are.

In order to understand their goals, Palestinian Media Watch (PMW) has translated the fifth volume of  “The Laws of Da’wa,” by Mustafa Mashhur, who was the official leader of the Muslim Brotherhood in Egypt from 1996-2002.

In this fifth volume, “Jihad is the Way” Mashhur explains the fundamental concepts of the Muslim Brotherhood ideology encompassing their goal of an Islamic state, world domination under Islam, the public and personal religious duty of military Jihad and the warning not to rush to Jihad until it is prepared and timed for maximum benefit.

“. . .the Islamic Ummah [nation] can regain its  power and be liberated and assume its rightful position which was intended  by Allah, as the most exalted nation among men, as the leaders of  humanity.”

“It should be known that Jihad and preparation towards  Jihad are not only for the purpose of fending off assaults and attacks of  Allah’s enemies from Muslims, but are also for the purpose of realizing the  great task of establishing an Islamic state and strengthening the  religion  and spreading it around the world. . .”

Jihad for Allah is not limited to the specific region of the  Islamic countries, since the Muslim homeland is one  and is not divided, and the banner of Jihad has already been raised in some of  its parts, and it shall continue to be raised, with the help of Allah, until  every inch of the land of Islam will be liberated, the State of Islam will be  established and Allah’s Da’wa will reach all mankind.”  “Then comes the power of arms and weapons, . . .and  this is the role of Jihad.”

Jihad is a religious public duty. . .incumbent upon the Islamic world, such as Palestine,   Afghanistan, Syria, Eritrea, or the Philippines, are not issues of  territories and nations, but of faith and religion.  They are problems of   Islam and all Muslims, and their resolution cannot be negotiated and bargained  by recognizing the enemy’s right to the Islamic land he stole, therefore, there   is no option but Jihad for Allah, and this is why Jihad is the way.”

“. . .go out to battle, oh believers, young and old,  by foot or with animal, under all circumstances and conditions. . .”

“The Jihad is our way and death for Allah is our  most lofty wish.”

“Without Jihad and the preparation toward it, the  obligation cast upon every Muslim to establish an Islamic state and the Islamic  Caliphate and to consolidate this religion. . .”

“Know that the sphere of Jihad is now far-reaching,  and the enemies of Allah are numerous, and that war has many colors.   Therefore the struggle between the truth and falsehood requires effort and  time. . .”

“Feel also your responsibility to guide Mankind and  take it out of the darkness of heresy and error, into the light of Islam.”

“Prepare yourself  and your household members to obtain the honor of Jihad for Allah, and  equip your soul with everything that shall help it in that path, in order to continue  the process until victory or the Shahada [Martyrdom].”

“Islam is universal not regional, and all Islamic countries  are one homeland.”

. . .”the nation that excels in the death industry, and knows how to die a noble death, Allah grants it a  precious life in this world and eternal bliss in the Afterlife.  . .
.strive for death – and life will be given to you.  Work for an  honorable death. . .”

Da’wa literally denotes compulsory preaching of Islam.  It is incumbent on the Muslim who wishes to be saved from the punishment of Allah in this life and in the hereafter to embark upon the work to change the evil situation in which they live, following the path towards change, to re-establish Islam in life as a  state and a system, by establishing the Shari’ah.

Jihad is Arabic for what can be translated as a struggle, or to fight, depending on the context.  It is considered to be every Muslim’s duty.  There are  two types of Jihad.  The first, the Greater Jihad, is an inner struggle for faith.  The second, the Lesser Jihad, is an actual fight against  infidels or non-Muslims.

The commandment to wage a holy war (Jihad) against infidels comes not from some radical Islamic cleric but from the Islamic Qur’an which refers to Christians and Jews as infidels.

Fundamental Islamic nations make war and fund terror based on a belief in Jihad.  Many of these nations outlaw the practice of Christianity.  Practicing a faith other than Islam can lead to imprisonment or death.

The Muslim Brotherhood’s mission is to Islamize society through promotion of Islamic law, values and morals. They have more than 300,000 members and run numerous institutions including hospitals, banks, schools, businesses, foundations, day care centers, etc.  Establishing an Islamic state based on shariah is at the center of their ideology.

To understand the implications of the Muslim Brotherhood in the U.S. read the report by NEFA Foundation based on exhibits published as evidence by the U.S. Justice Department in the case of the U.S. v the Holy Land Foundation.

“Sons of Islam everywhere, the jihad is a duty – to establish the rule of Allah on earth and to liberate your countries and yourselves from America’s domination and its Zionist allies, it is your battle – either victory or martydom.” Ahmed Yassin

← Delusional or Just Nuts?
Obama Only a Fair Weathered Friend →