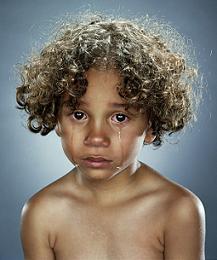 So far in the history of the human race, no child has ever been born without a biological father and mother. Now, in the Supreme Court of the United States, the Executive Branch of the federal government is arguing that, regardless of the biological facts of parenthood, states have no legitimate and defenisble interest in ensuring that children conceived by a mother and a father are in fact raised by mothers and fathers.

The Justice Department’s argument on the superfluity of motherhood is presented  in a brief the Obama administration filed in the case of Hollingsworth v. Perry,  which challenges the constitutionality of Proposition 8, the California ballot  initiative that amended California’s Constitution to say that marriage involves  only one man and one woman.

Obama’s argument is that  children neither need or have a right to a father nor a mother and that having two  fathers or two mothers is just as good as having one of each.

“As an initial matter, no sound basis exists for concluding that same-sex  couples who have committed to marriage are anything other than fully capable of  responsible parenting and child-rearing,” the Department of Justice told the  court. “To the contrary, many leading medical, psychological, and social-welfare  organizations have issued policy statements opposing restrictions on gay and  lesbian parenting based on their conclusion, supported by numerous scientific  studies, that children raised by gay and lesbian parents are as likely to be  well adjusted as children raised by heterosexual parents.”

To support this argument, one of the documents the administration cites is a policy statement  by the American Psychological Association that  claims that some studies indicate same-sex parents might be “superior” to mother-and-father families, but then concedes there is little actual data on the results of raising children in two-father households.  This from the same organization that thinks pedophilia is not a mental illness.

In effect, the administration is arguing that California had already conceded the administration’s point that children do not need a mother or a father when it enacted laws treating same-sex couples the same as married couples in its adoption, foster-parenting and other laws–which Proposition 8 did not seek to overturn.

The Justice Department brief  discussed children only as items controlled by others, not as individual human beings who have God-given rights of their own. It simply assumes that a child has no inherent right to a mother or father and that the only right truly in question is whether two people of the same-sex have a right to marry one another and that that right encompasses a right to adopt and foster-raise children.

To take this view and be consistent with the principles of the Declaration of Independence—which recognizes the ultimate authority of the “Laws of Nature and Nature’s God” and says that “all men are created equal” and “endowed by their Creator with certain unalienable Rights”—the Obama Justice Department must advance the assumption that natural law and Nature’s God give children no right to a mother and father and no right not to be legally handed over by the government to be raised by same-sex couples.

In a historic study of children raised by homosexual parents, sociologist Mark Regnerus of the University of Texas at Austin has overturned the conventional academic wisdom that such children suffer no disadvantages when compared to children raised by their married mother and father. Just published in the journal Social Science Research,  the most careful, rigorous, and methodologically sound study ever conducted on this issue found numerous and significant differences between these groups–with the outcomes for children of homosexuals rated “suboptimal” (Regnerus’ word) in almost every category.

The study looked at 40 different outcomes, but reported data for children with “lesbian mothers” and those with “gay fathers” separately. Therefore, there actually were 80 outcome measures that could be said to compare children with “homosexual parents” to those from other family structures. When compared with outcomes for children raised by an “intact biological family” (with a married, biological mother and father), the children of homosexuals did worse (or, in the case of their own sexual orientation, were more likely to deviate from the societal norm) on 77 out of 80 outcome measures. (The only exceptions: children of “gay fathers” were more likely to vote; children of lesbians used alcohol less frequently; and children of “gay fathers” used alcohol at the same rate as those in intact biological families).

When compared with children raised by their married biological parents (IBF), children of homosexual parents (LM and GF):

Guess the Department of Justice, Obama and the American Psychological Association didn’t have time to read an actual scientific study.  They much perfer to rely on the same old Socialist dogma  of destroying what is left of traditional families.

← Give My Country Back To Me
A New Socialist Pope? →