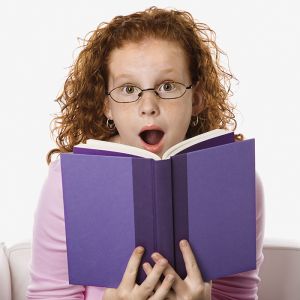 While the White House says sequestration has eliminated funds for children touring the White House, President Obama has no problem spending $350 million federal tax dollars under ObamaCare for sexual indoctrination programs starting in kindergarten for those same children.  This isn’t your mother’s sex education – this is Planned Parenthood style Personal Responsibility Education Program (PREP)  where no sex is wrong and the only unsafe sex is becoming pregnant.

Planned Parenthood is being  funded with  tax dollars to market sex to our children in our schools under the guise of sex education, anti-bullying, diversity, and tolerance.   Once sexualized, those children then become PP sex customers for contraceptives, STD testing, and abortion.

More than one-fourth of the funds ‒ $20 million ‒ has been awarded to a coalition of six Planned Parenthood affiliates, operating under the name Northwest Coalition for Adolescent Health, to implement HHS’s TOP program across Montana, Oregon, Idaho, Washington, and Alaska at over 50 sites. In Oregon schools, Planned Parenthood is paying children cash incentives to participate.

“A glance at the teacher outline [powerpoint presentation] for Lesson 1A, the introductory lesson  shows exactly how abstinence plays out in the sex-encouraging scheme at Planned Parenthood.   ‘Abstinence,’ it says, ‘means choosing not to do any sexual activity that carries a risk for pregnancy or STD/HIV,’” says Rita Diller, national director for STOPP.org.    “In other words, abstinence has nothing to do with abstaining from sex acts as long as the child avoids STDS and pregnancy, and is comfortable with the sex act – anything goes.

To Planned Parenthood and the far-left,  sex is not something precious.   It’s merely a commodity…to be degraded, tainted, cheapened, repackaged, marketed and sold like so many boxes of condoms.  They never warn kids about the tragic and devastating consequences that too often follow promiscuity: broken hearts, inability to maintain long-term relationships, fear of true intimacy and commitment, depression, increased risk of suicide, STD’s, possible death from AIDS, unwed pregnancy or the guilt of abortion.

← Easter or Passover – Which do you celebrate?
The Idiots Guide To Hate Speech →