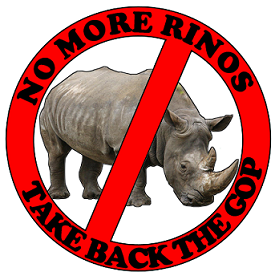 As the new debate over gun control heats up, senior Senate aides on both sides of the issue laid out advocates’ plan to get their bill through the Senate.  The strategy advocated by gun control supporters in the Senate was described to BuzzFeed by two senior Republican Senate aides working to oppose the effort, and confirmed by a Democratic Senate leadership aide working to get it passed.

Prospects for the gun control legislation weren’t looking good until the recent proposal by Republican Senator Pat Toomey and Democratic Senator  Joe Manchin.  Their proposal  will replace  the old background check language in the current bill  and allow Reid and sell-out Republicans to  championed the bill as bipartisan.

For those not familiar with the Toomey/Manchin bill,  it would require states and the federal government to send all necessary records on criminals and the violently mentally ill to the National Instant Criminal Background Check System (NICS) and extend background checks to gun shows and online sales.

The bill explicitly bans the federal government from creating a national firearms registry, and imposes serious criminal penalties (a felony with up to 15 years in prison) on any person who misuses or illegally retains firearms records.  Like that would slow down gun control advocates!   Once they get this passed,  it is only a matter of time before another  bill  is passed removing the criminal penalties and allowing the government to create a national data base of gun owners.

Senate Majority Leader Harry Reid will then call for a cloture vote on the legislation with the new language in place and he fully expects to get the votes he needs.   Reid can then bring up the highly the controversial Assault Weapons Ban championed by  “I hate every gun  except mine”, Sen. Diane Feinstein (D-CA).   A ban on high-capacity magazines will also be offered as an amendment.

Both of these amendments are expected to go down in flames.     And Senate aides said that’s by design on Reid’s part.   It will allow sell-out RINOs and moderate Democrats  to champion themselves as pro–gun because they voted against the most controversial aspects of the legislation.   That especially applies to Montana Senator Jon Tester,  who hails from one of the most gun-friendly  states in the country.

After providing political cover for the sell-outs, Reid  will bring the bill to the floor for final passage.  Meanwhile, the White House will run interference, building as much public support as it can for the bill through their usual backdoor deals and if they are smart they will tape Biden’s mouth.

Of course, the bill will then head to the Republican-controlled House, where it will face clear challenges from 2nd Amendment supporters.  But that might not be a problem for another RINO sell-out – Boehner.   He signaled Thursday that he may continue to bypass House Republican rule [Hastert Rule] requiring any legislation put up for vote to have the support of a majority of the GOP conference.

He said at a news conference Thursday that he will continue to try to follow it in spirit, but also suggested he might well violate it for upcoming votes on guns, immigration and the budget.

Now that we know the game, it is time to take control of the ball.   Let your Republican Senator know that if he votes for this gun control  bill, he most definitely will not serve another term.