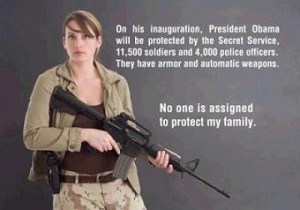 In March, PoliceOne conducted the most comprehensive survey ever  of American law enforcement officers’ opinions on the topic gripping the nation’s attention in recent weeks: gun control.  You can read the complete survey at this link.

More than 15,000 verified law enforcement professionals took part in the survey, which aimed to bring together the thoughts and opinions of the only professional group devoted to limiting and defeating gun violence as part of their sworn responsibility.

Totaling just shy of 30 questions, the survey allowed officers across the United States to share their perspectives on issues spanning from gun control and gun violence to gun rights. It is important to note that 70% of those surveyed are field-level enforcers – those who are face-to-face in the fight against violent crime every day – not office-bound, non-sworn administrators or perpetually-campaigning elected officials.

Virtually all respondents (95 percent) say that a federal ban on manufacture and sale of ammunition magazines that hold more than 10 rounds would not reduce violent crime.

Quite clearly, the majority of officers polled oppose the theories brought forth by gun-control advocates who claim that proposed restrictions on weapon capabilities and production would reduce crime.

In fact, many officers responding to this survey seem to feel that those controls will negatively affect their ability to fight violent criminals.

Contrary to what the mainstream media and certain politicians would have us believe, police overwhelmingly favor an armed citizenry, would like to see more guns in the hands of responsible people, and are skeptical of any greater restrictions placed on gun purchase, ownership, or accessibility.

The officers patrolling America’s streets have a deeply-vested interest — and perhaps the most relevant interest — in making sure that decisions related to controlling, monitoring, restricting, as well as supporting and/or prohibiting an armed populace are wise and effective. With this survey, their voice has been heard.

← The Republicans Did It!
Campaign Letter from Michele Obama Promoted Puncturing Baby Sculls →