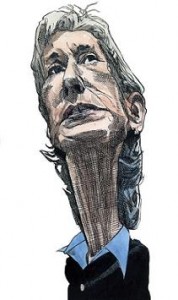 Democrats shoved an unpopular, expensive, ill-conceived and poorly written  law down the country’s throat without  Republican support, and without bothering  to see whether states would want to take on the thankless and costly task of  helping the feds implement it.   And now that many of these states are rebelling,   it’s the Republicans’  fault?

Earlier this week, Health and Human Services head Kathleen Sebelius admitted  that she didn’t realize how complicated getting ObamaCare off the ground would  be.  “No one fully anticipated” the difficulties involved in implementing ObamaCare,  or how confusing it would be with the public.

Not that Sebelius or anyone in the Obama administration is really concerned about the difficulties in socializing  our  health care system, they are just looking for someone to blame.   Rather than say “let’s get on board, let’s make this work,” recalcitrant  Republicans have forced her to engage in “state-by-state political battles,”  Sebelius said at a Harvard School of Public Health forum. “The politics has been  relentless.”  It is the Republicans fault!!!!!!

Democrats are mostly  worried because  ObamaCare will explode on  the launch pad  during the  midterm elections.  But is blaming it on the Republicans going to work?   At least Obama isn’t blaming Bush – but it is early!

Democrat Jay Rockefeller of West Virginia,  like a growing number of Democrats, realizes that ObamaCare is  shaping up to be a political disaster for the party next November. He called ObamaCare “the most complicated piece of legislation ever passed by the U.S. Congress” and, “if it isn’t done right the first time, it will just simply get worse.”   Boy, was that an understatement.  They might have had a better chance to get it right if anyone had bothered to read the bill before passing it.

Even Sebelius now admits that ObamaCare will force insurance claims up  32%.    And, despite endless assurances that the insurance exchanges would be ready on time,  they had to delay for another year a key feature meant to give small business a choice of health plans.  And,  no one is even sure if  the states that caved will have  their exchanges ready by October 1.

State insurance commissioners are warning  of a rate shock once ObamaCare’s “community rating” rules and benefit mandates  start.   Estimates of rate increases range from 30% to 80%, depending on where you live.

ObamaCare is also hurting job growth.   The government arbitrarily declared what constitutes full-time work,  to force more companies to provide health insurance to their employees.  Of course,  providing insurance adds considerable expense to any company’s payroll, whether they can afford it or not.   Instead of giving insurance to their workers, the companies drop workers or reduce them to part-time hours.   In addition to companies hiring less to ensure their payroll does not blow up,  many employees who have had their hours cut must take on additional jobs to maintain their standard of living.   However, this move will have another, even worse effect on the population at large.

None of this, mind you, has anything to do with Republicans.   And if the GOP  were smart, it’d be focused on making sure that, come next November, the public  knows that, too.

Unfortunately,  the current GOP leadership  has crawled into bed with the DNC  and will probably try to blame conservatives and the tea party for the mess.

← DHS Suggests Christians, Constitutionalists Should Get Extra Surveillance From LEOs
Where Police Stand On Gun Control →