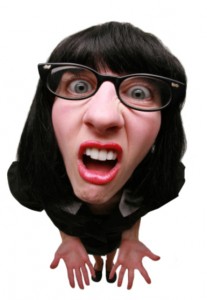 “America and Islam are not exclusive and need not be in competition. Instead, they overlap, and share common principles of justice and progress, tolerance and the dignity of all human beings.“ Obama

The Organization of Islamic Cooperation (OIC) general secretariat and spokesman, Rizwan Saeed Sheikh, said that during the next session of the Istanbul Process on Islamophobia, to be held later this year, “they will focus on the issue of criminalizing denigration of religions. The OIC is of the firm view that any religion or its symbols should not be denigrated.”  While the OIC is happy to have the support of the UN (Resolution 16/18), they don’t think that member nations have done enough to stifle criticism of Islam.

That sounds all warm and fuzzy until you consider that the OIC, along with Hillary, Obama, and other far-lefties in this country, are only concerned about protecting the rights of Muslims.  The rights of Christians in Muslim countries isn’t being protected because, according to Muslim law – they have no rights other than submitting to Islam or dying.

If you are not familiar with the Istanbul Process, it was launched in July 2011 by Hillary Clinton, EU foreign policy chief Catherine Ashton, along with leaders of the OIC and non-OIC members, to “build a strong consensus on confronting Islamophobia.”  The OIC sees it as a “solution that acknowledges that denigration of symbols and personalities sacred in Islam must be viewed as a matter of identity. It inflicts the psyche of Muslim all over the world. It is in that context that we seek an end to the systematic pattern and increasing frequency of events that contribute towards stereotyping, stigmatization and alienation of Muslims. Such events constitute an affront to human dignity violating the whole range of human rights of victims.”

The OIC,  founded in 1971 is composed of 57 member states, representing an estimated 1.5 billion Muslims across the Middle East, Asia and Africa. It’s main purpose is to promote and defend Islamic values while supporting the “Palestinian struggle.”

The OIC insists that any speculation about a connection between Islam and terrorism is rooted in Islamophobia and have worked tirelessly since 9/11 to outlaw any  criticism of Islam, and sharia law.

They  want the world to alter the definition of terrorism to exclude the killing of innocent civilians where the perpetrators are engaged in “legitimate resistance to foreign occupation.”

In a 2006 summit in Mecca, OIC adopted a “zero tolerance policy” regarding insults against Islam, going so far as to include “hostile glances” in its definition of Islamophobic behavior.

They have proposed the creation of an Islamic Council of Human Rights and a Charter of Human Rights in Islam, both based on sharia law, irregardless of the fact that it goes against the key tenets of the UN’s Universal Declaration of Human Rights.

In 2007 OIC used the UN’s International Day of Tolerance to notify the West that Muslims are always the first victims of intolerance, hatred and prejudice and that freedom of speech was entirely unacceptable if used to criticize Islam.

In 2008 they issued a report enumerating a host of real, perceived and alleged claims of Islamophobia such as Wikipedia’s refusal to obey their demand to remove all depictions of their prophet from its English website; or the fact that the EU had asked Iran to stop imposing the death penalty for the crime of apostasy, heresy, and witchcraft, because “it posed a grave threat to global peace and security.”

I guess the UN must have agreed because their Human Rights Council passed a resolution requiring all “speaker presentations and discussions to omit any judgment or evaluation about religion, any mention of fatwas (religious rulings) and human rights abuses that originate in Islamic countries.

All OIC member countries support both Hamas and Hezbollah.  Any terrorist activities against Israel and the West is now only “resistance” or “liberation.”  They back Iran’s nuclear program and somehow rationalized 9/11 as acts of retribution for American transgressions.

And still, they, along with our ruling elite, expect us to swallow the fairy tale that they are a “peaceful” organization only concerned with protecting the denigration of all religions.

“Islam is a part of America.  I have known Islam on three continents before coming to the region where it was first revealed. . .America and Islam must be based on what Islam is, not what it isn’t.  And I consider it part of my responsibility as President of the U.S. to fight against negative stereotypes of Islam wherever they appear.”  Obama