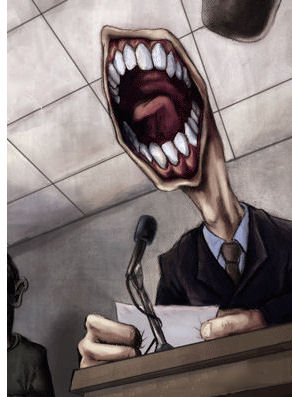 Senator Lamar Alexander, that lovable RINO from Tennessee, is attempting once again to turn the Republican party into a subsidiary of the Democratic party, not that they have that far to go.

Alexander, the top Republican on the Senate panel that funds the Department of Energy,  gave a speech on  Wednesday the 29th at the Oak Ridge facility, a major Energy Department research lab in his home state.  In keeping with a  true liberal agenda, while turning a blind eye to the truth, he backed global warming and a need to spend more of taxpayer money on reducing greenhouse gases and the future of clean energy.

Numerous scientific studies and reports  have admitted what the majority of us already knew –  there is no statistically significant increase in global temperatures and hasn’t been since 1997.  The earth has warmed and cooled for millions of years.  Global warming was yet another scam dreamed up to separate the gullible from their money.

Yes, CO2 is a trace gas, but without it life on earth would be impossible. Carbon dioxide fertilizes algae, trees and crops, to provide food for humans and animals. The higher the level of C02, the more rapidly plants grow and the cheaper food becomes.   Perhaps that is the rub!

We inhale oxygen and exhale CO2. Slightly higher atmospheric CO2 levels cannot possibly supplant the numerous complex and inter-connected forces that have determined Earth’s climate.  University of London professor emeritus Philip Stott  noted: “The fundamental point has always been this. Climate change is governed by hundreds of factors, or variables, and the very idea that we can manage climate change predictably by understanding and manipulating at the margins one politically selected factor (CO2), is as misguided as it gets.”

Any time global temperatures are the question, the answer is not the sun or C02.  It is the sun, volcanoes, tilt of the Earth’s axis, water vapor, methane, clouds, ocean cycles, plate tectonics, shifting ocean currents, albedo (Earth’s changing reflective properties), atmospheric dust, atmospheric circulation, cosmic rays, particulates like carbon soot and volcanic dust, forests and grasslands, urban and other land use changes. Weather is governed by hundreds of factors, not just CO2.

The notion popularized by environmental alarmist  Big Al Gore and his ilk that the Earth is  experiencing more severe weather events supposedly caused by “climate change.” is  pure bunk.

One of the world’s foremost experts on climate change, professor Roger Pielke, Jr. of the University of Colorado at Boulder wrote: “flooding has not increased over the past century, nor has landfalling hurricanes.  Remarkably, the US is currently experiencing the longest-ever recorded period with no strikes of a category 3 or stronger hurricane.”

Senator Barbara Boxer actually blamed the horrendous Oklahoma tornado on global warming as she began her push for a carbon tax.

Research Scientist Robin Tanamachi says that “statistics don’t bear that  assertion out.  What we’re finding is that people’s perception is that severe  weather has increased. That perception is largely based on media presentation  and that an event like the Moore tornado is now broadcast worldwide within  moments of its occurrence. And so it can seem more local to people than it  is.  But as far as the number of tornadoes,  we haven’t been able to discern an increasing trend. As far as the number of  hurricanes, we haven’t been able to discern a really solid increasing trend with  that. So it’s just a matter of people being aware of those events when they  occur and being aware of them almost immediately after they happen.”

“Politicians embrace any theory that justifies more taxing, spending, and regulating because their power increases along with the accompanying financial opportunities.”  Richard W. Rahn

← Check our HAARP
Elite Are Feeding At The Taxpayer Trough →