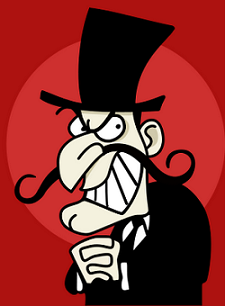 Under the guise of promoting human rights, Obama issued a  memorandum in  December 2011, pushing the homosexual agenda.  Aided by Secretary of State Hillary Clinton, both vowed to actively combat efforts by other nations that fight against the homosexual agenda, through the  enticement of foreign aid, to promote gay rights around the world.  Under the move, legal, moral, and financial support would be boosted for gay rights organizations, emergency assistance will be sent to groups or individuals facing “threats” and asylum in the US will be offered to people forced to flee anti-gay “persecution in their countries.

Hillary argued that gay rights transcended national, political and even culture boundaries, casting them as universal rights like those adopted by 48 nations in the aftermath of World War II in what was called the Universal Declaration of Human Rights.

In April of this year, to relatively little fanfare, the U.S. Agency for International Development (USAID) embarked on one of the most shocking abuses of taxpayer dollars in the last five years. With help from the Levi Strauss Foundation and millionaire liberal Tim Gill, the U.S. government is spending $11 million to train homosexual activists in other countries.

The Washington Blade, D.C.’s gay newspaper, praised the Obama administration for creating an army of international lobbyists for same-sex “marriage,” anti-discrimination laws, and homosexual “rights” around the world. According to USAID, the first phase of the program is focused on countries with a strong Catholic influence: Ecuador, Honduras, Guatemala, and other developing nations that oppose same-sex marriage.

This week, the first in a series of USAID “gay trainings” took place in Colombia, a nation specifically targeted for its rejection of same-sex “marriage.” The goal, an agency spokesman says, is to teach homosexuals  how to infiltrate the political process and advocate for laws that a majority of Americans, who are paying for the program, object to.  In essence, U.S. taxpayers are being forced to groom the next generation of the world’s Human Rights Campaigns — a stunning exploitation of Americans’ money, and more importantly, their trust.

For the Obama administration, this is just another part of its strong-arm strategy to bully other nations into compliance. Whether it’s through the United Nations, U.S. embassies, or the State Department, President Obama is leading the effort to bribe and coerce poor countries into accepting his pro-homosexual agenda.

Family  Watch International  released a shocking new documentary highlighting the President’s dark world of “Cultural Imperialism.”  You can watch the video at this link.

The US Constitution protects our freedom by affirming natural rights. This is why the left rejects it preferring instead to attack our freedom by inventing  rights that are not rights at all, but arbitrary dictates and special privileges handed down from on high.

If Christians were being persecuted around the world would Obama and Hillary jump in with taxpayer money to support their cause?  Oh wait – Christians are being murdered in Muslim nations.  But don’t hold your breath waiting for the U.N., Hillary or Obama to stand up for their rights –  In the liberal world Christians are a lot less equal.

← Middle Finger to America
Even Jesus Ate With Sinners →