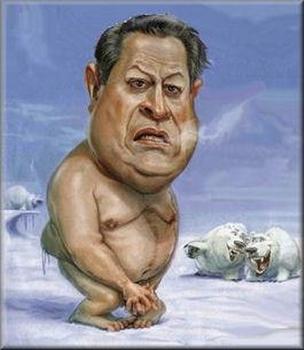 The push to put a carbon tax in play is growing, pushed in large part by the United Nations and lefties in this country. Get your head out of the sand – it isn’t about the environment, it’s about control.

The theory behind climate change is that man’s production of carbon dioxide and methane is responsible for changes in the weather and climate. But that theory is muddled by misinformation, misinterpretation, ideology and, most importantly, by MONEY.

Climate disruption, formerly known as climate change, global warming, and socialism or whatever they’re using today, is one of the prime items on Obama’s agenda and leftist ideals that nothing will solve the problem but MO’ MONEY, in the form of new taxes.

In all the noise over a heating planet, which hasn’t warmed in some 18 years, and carbon emissions and man-made global warming, we’ve forgotten as a society that climate is not weather. Climate refers to the long-term atmospheric conditions prevailing over a specific region. When a weather condition predominates for an extended period of time, usually decades or more, it sets the climate for that region.

Most of the weather patterns are driven by natural phenomena, not some interference by mankind. Cycles like El Nino control weather patterns across the Northern Hemisphere by circulating temperatures in the ocean and atmosphere. And volcanic eruptions have a history of changing the weather around the world by spewing sulphate aerosols into the stratosphere, blocking energy from the sun.

That said, there is no doubt that man has influenced climate such as in the way we use land.   The Great Plains was once a great sea of grass that held moisture in the soil – that is until agriculture tore up the grassland, releasing this moisture into the air. And the industrialization of cities has spread concrete and asphalt across great swaths of land that were once forest and grasslands. Yet I don’t see any of those big U.S. concrete jungles clamoring to return to nature.

New York Times bestselling author Naomi Klein’s most recent book, This Changes Everything, lays it out on the table: rein in the principles of a free market that drive corporate power, even though this is what drives economies, in order to combat climate change. And the ultimate destination for implementing this – Mo’ Taxes.

AND THAT IS THE REAL AGENDA BEHIND THE GLOBAL WARMING SCAM. Find something else to tax so governments can either continue their spending habits or begin combating their debt. Carbon taxes will be imposed upon corporations “charged” with releasing too many emissions into the atmosphere and instead of absorbing this new tax, the consumer will feel the brunt. Wealth taxes are more than likely to also be implemented under the justification that, the more you own and the more you do, you’re probably releasing more carbon emissions into the air than the average person.

Exactly how a redistribution of your wealth will stop the climate from varying is beyond me. But hopefully the 18 year pause in warming will continue, or we’ll get past this climate scam faster than world governments can tax us into oblivion.

There’s a silver lining in every cloud.

First Published at the Sovereign Investor

← The origins of Political Correctness
Beyond Today — Is the Rapture Real? →