Why Every Christian Should Vote For Trump 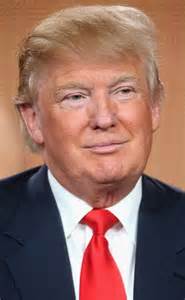 Since the Trump video went public I have been hit with many emails and calls. One came from a close friend who is an Evangelical pastor whose name has been changed. My friend has always been an Evangelical Never Trumper.

Here is my response to your email entitled, “Trump’s Final Fail”:

You and many other “holier than God” Christian people are being played by the Establishment to suppress the Evangelical vote in order for Clinton to win the presidency. Do you not see this?

Joe, lay down your “sin meter” and look up to see the big picture. We finally have a candidate for president who is taking on the Establishment, the big banks, and multi-national corporations who are destroying our country, and you have your sin meter and microscope out dissecting Donald Trump’s life looking for sin.

This is the most critical presidential election in our lifetime that could change the direction of our country for a generation or more and you’re emotionally upset over a private conversation of Trump’s from 11 years ago!!

Joe, I am afraid if you were living in the time of Cyrus, King of Persia (559–530 BC), you would not approve of Cyrus being used by God to promote the covenant religion and the restoration of Israel. Your “sin meter” would have detected too much improper behavior and lifestyle in Cyrus and you would have worked against his campaign to send God’s people back to Jerusalem to rebuild the temple and city walls. You would have been blogging to the saints exposing Cyrus’ multiple wives, concubines, treatment of women, idol worship, and builder of pagan temples.

You and your following would have been left in Babylon resisting God’s great plan to bring His people back and to renew the nation and restore the worship of God. All because the vessel God had chosen in Cyrus was not acceptable to you and your self-styled religious standards.

God called Cyrus “His Anointed” (Isaiah 45:1) who did a great work for God and His people (Ezra 1:1–4), but you would have called him the “chief of sinners.” Why the difference??

After you complete your work to defeat Trump may I suggest that you start your new project to re-write Christ’s lineage in Matthew 1. For as you know that list is filled with way too many unacceptable sinners.

The lineage starts with polygamists, a prostitute, a user of prostitutes, an owner of a house of prostitution, two pagans, a murderer, and two adulterers. Then comes King Solomon with 700 wives and 300 concubines. This is all in the first 15 generations, no time for the remaining 27.

Added to this the writer of Matthew starts the lineage with two of the titles God gave His Son Jesus Christ, Son of Abraham and Son of David. The first had sex with his servant girl and the other committed adultery and murder.

I am sure with a little study you could bleach out a good 30% of the names in Matthew 1 and do the Church a great service!

Joe, the difference between God and you is that in your standard of holiness gauged by your “sin meter” automatically disqualifies men for unacceptable behavior. But, God is different. God, the great redeemer of sinful men is not afraid of human sin but delights in taking flawed men, redeeming them for His glory, using them for His purpose and plan in the earth.

The difference is that God is a God of grace, redemption and renewal; you are a Christian who has taken on the task to be an arbitrator of sin who decides if men’s behavior is proper enough for service.

Be not mistaken, I am not making light of sin. I, like you, am a lover of God’s Holy Law as a standard for all men. In no way do I write to excuse sinful behavior but I am attempting to understand the human condition in light of God’s providence. But, don’t use His Law to limit God and override His providence and plan. God works through time and history on behalf of his people and often uses very imperfect men to accomplish his plan. Let God do as He pleases and do not strive against the wonders of His providence.

Who of us can know the will of God and plan He has for our great country. But, can you not see He is up to something big in the candidacy of Donald Trump. Even bigger than Trump is the historic rebellion and political awakening pushing back against the ruling Establishment throughout much of the Western world. What we are experiencing in our country is also running through Europe. This awakening in unprecedented in our lifetime.

Joe, put your “sin meter” away and look up to see the great stirring that is going on before our eyes. In God’s mysterious ways He seems to be raising up Donald Trump for a reason. And does it not seem that this flawed candidate is committed and passionate to help our people, nation, and even the Church.

Remember our own history of the Early Church and the blessing of Constantine, emperor of Rome. Constantine the Great (272–337) had his share of moral issues of multiple wives, having one of them executed combined with a questionable personal faith. Yet he gave the Church in the Edict of Milan (313) its freedom and sanction and its greatest creed with his call to convene the Council of Nicea (325), over which he presided. 1700 years later this imperfect man as a civil magistrate and emperor of Rome is still considered the Church’s greatest champion. Could Donald Trump be a champion for the Church in our day?

I am sure if elected Mr. Trump will surround himself and his administration with many more capable Christian people who may end up as his closest advisors. His pro-life stance is the best we have seen in any Republican candidate. Add to this his excellent policy positions and potential Supreme Court nominees. Can we as Christian people ask for any more? The answer is no.

Trump has pledged to protect the millions of endangered Middle-Eastern Christians whose very lives are in jeopardy because of the war policies of the neo-conservatives under Bush, Obama, and Secretary Clinton. Maybe, just maybe, Mr. Trump could be a modern-day Cyrus and as president a great defender of the Christian religion and the Church. Only time will tell.

I suppose it would be a plus if Mr. Trump had the external character of President Jimmy Carter, who had one marriage, was a Southern farmer and Baptist Sunday School teacher. But, then again, Mr. Carter as president didn’t work out too well, remember?

The Carter/Trump comparison is an excellent example of the two-fold nature of a man’s character. Jimmy Carter was the first well-known “born again” Christian in our modern era to run for the presidency yet was one of the worst presidents. Carter had impeccable outward character of speech, fidelity, and humility, yet he greatly lacked in the internal character traits of what God intended for men. Trump on the other hand is often flawed in visible outward character but excels in his internal manly attributes. By internal standards, he exhibits tremendous alpha male characteristics of courage, fearlessness, and aggressiveness blended with a natural ability to lead people. These internal God-given traits are what would make Trump an exceptional president leading and protecting a nation.

Let me end this letter to encourage you in faith and practice to understand that God’s ways are not our ways and He often does things and works His plan with vessels we cannot understand. For who can know the mind of God?