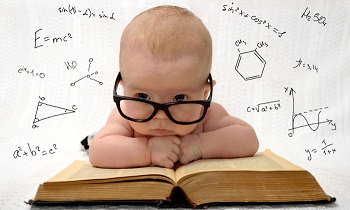 “The federal government meddling in education has been a failure to say the least. A group of federal bureaucrats in Washington, D.C. cannot possibly design a curriculum that meets the unique needs of millions of school children across the nation. We need to restore control over education to the local level where teachers and parents are put back in charge. Make no mistake; eliminating the Department of Education is a pro-education position.” Julie Browski, Freedom Works

In an interview with Fox News, Donald Trump said that the federal Department of Education works in a top-down, one-size-fits-all system, allowing the government to decide what’s best for your children. He stated that he believed in school choice, from public to private to charter schools, using school vouchers that would allow parents to choose which school best suits their child.  In his book, Great Again: How To Fix Our Crippled America,” Trump wrote concerning the Department of Education: “A lot of people believe it should just be eliminated. Get rid of it. If we don’t eliminate it completely, we certainly need to cut its power and reach.”

The Department of Education was created in 1979 during the Carter Administration with the Education Organization Act passed by Congress.  Lobbied for by the left-wing National Education Association, the Department began operation in 1980 with approximately 3,000 to 4,000 employees and a budget of $14 billion, all transferred from other departments. Today, the Department employs, depending on who you ask, anywhere from 10,000 to 12,000 with an annual budget of $70.7 Billion. Actually, Obama’s budget for the department for 2016 also included an additional $145 billion in new mandatory spending on various projects over the next ten years.

The creation of this Department was just another blow to the Constitution  which does not provide authority for the federal government to become involved in education, to collect taxes for, fund or even operate schools.  Under the Tenth Amendment, education is and always was a state and local matter. During testimony at congressional hearings in 1979, Richard Lyman, president of Stanford University, pointed out that the two hundred year old absence of a Department of Education was not the result of oversight but was derived from the conviction that we do not want the kind of educational system such arrangements produced.

So why was it created?  Carter used its creation as a political payoff to the National Education Association (NEA) for their endorsement and Congress went along, according to Rep. Benjamin Rosenthal, D-NY, because “of not wanting to embarrass the president.”  The Wall Street Journal reported the admission of one house Democrat that “the idea of an Education Department is rally a bad one. But it’s NEA’s top priority. There are school teachers in every congressional district and most simply don’t need the aggravation of taking them on.” Former house minority leader Bob Michel termed the Department the “Special Interest Memorial Prize” of the year.

Since its formation the Department has not produced any budget savings or streamlined any federal education program as was promised.   But then again, what else is new?  According to analyses of federal education spending before and after the Department was created, after its creation spending on education increased at twice the rate it had before. Seems nothing ever changes! No matter how brilliantly (?) designed a federal program is, it never accomplishes what it promises.

The major effect of the Department has been to move the focus on improving education from parents and local school districts to D.C. The federal government now controls how schools discipline students, the content of sex education, and even the gender of textbook authors, operating from deeply help beliefs that parents, teachers, states and local communities are too stupid to raise their own children, operate their own schools or make their own decisions.

While contributing around 8 to 10 percent of educational funding, the department drives about 100% of the agenda, clearly a case of a tail wagging a very big dog. When you create such a large bureaucracy, it will find something to do, even if that something is less than helpful. We have been forced to live through an alphabet soup of changing programs with little or nothing to show for them.

James Madison, who proclaimed that powers of the federal government should be few and enumerated, would be shocked at what Congress and politicians have done to an aspect of family life that was never intended to come under the control of federal bureaucracy.  The Department of Education, like other federal bureaucracies, is an expensive failure that has offered little value to the nation’s classroom. It is time for it to go.

Over 200 years ago, the nation’s Founders understood that federal intervention into state, local, and family concerns like education would be futile. They knew that the federal government would be too distant and unwieldy to solve problems in the nation’s diverse cities, towns, and hamlets. It’s a major reason why the Tenth Amendment to the Constitution declares that “the powers not delegated to the United States by the Constitution, nor prohibited by it to the states, are reserved to the states respectively, or to the people,” and why the Constitution makes no mention of education at all.” Neal McCluskey, Cato Institute