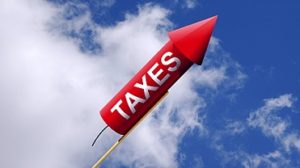 Governor Ralph Northam and U.S. Senator Mark Warner hit the road recently with the drive-by media in tow, hoping to convince Virginians that Medicaid expansion will free up $421 million over two years for other priorities such as K-12 schools. Meanwhile Secretary of Finance Aubrey Layne is making the case that enacting Medicaid expansion is necessary to preserve Virginia’s coveted AAA bond rating, which is teetering on the edge of a downgrade.

For years, Republicans have opposed expanding Medicaid under the provisions of ObamaCare  on the grounds that it would be fiscally irresponsible, running up state Medicaid expenditures even after accounting for a 90% federal contribution, and competing with other priorities such as K-12 schools, higher education, and pay raises for state employees.

How is it even possible for the Commonwealth to simultaneously expand Medicaid at an estimated cost of $300 million over the next two years and free up $421 million for other programs, as the Washington Post quotes Democratic Governor Northam as saying, or reduce spending by $380 million on indigent care funding, state spending on mental health, prison inmates and various programs for the poor?

Think massive tax increase on the net patient revenue of Virginia’s acute care hospitals. Surprised to hear about that? Shouldn’t be – haven’t the Democrats become the Party of Tax Increases?

I doubt seriously that anyone in Virginia, other than Democrats, realizes that there is a $300 million tax increase embedded in this plan. Of course it’s in the interest of Democrats to downplay the tax increase, but, remarkably, I’ve seen nothing to suggest that Senate Republicans, who oppose expansion, have made an issue of it either.
Let’s imagine an alternate universe in which Virginians said, (a) we want Medicaid expansion, and (b) we want to fund it without a tax increase on hospital revenues, which likely would be passed on to patients in the form of higher hospital charges. If the state is generating savings in the realm of $400 million a year from Medicaid expansion, why not just apply those savings to the 10% state share of the program? Why the necessity of adding a roughly $300 million “assessment?”

According to the numbers we’ve been given, paying for Medicaid expansion with savings to state programs would leave about $100 million left over to plunk into the state’s cash reserve. Of course, that approach wouldn’t allow Northam and Warner to tell people that “Medicaid expansion” will help Virginia schools, and it wouldn’t put as much money into the state’s cash reserves as the Democrats claim.

I find it astonishing that the hospital assessment has not become a hot-button issue. Health care costs are out of control as it is, and a $300 million tax on patient revenues can only make the problem worse (unless you believe that hospitals will settle for lower profits, in which case I’ve got some great swamp land in Florida I’d like to sell you.)

You’ve got to give Northam political credit. He and House Republicans are very close to pulling off the trick of expanding Medicaid and “freeing up” hundreds of millions of dollars for new spending without Virginians even noticing that they’d be indirectly paying for a $300 million tax increase on hospitals. This guy is good or, Virginians have become really gullible!